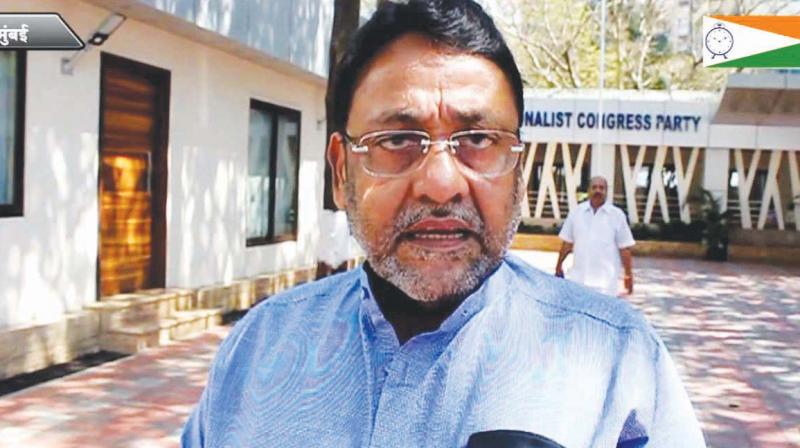 Mumbai: The Nationalist Congress Party (NCP) and the Congress have demanded clarification from the Bharatiya Janata Party (BJP) BJP government a story that appeared on Thursday in The Asian Age on an increase in irrigation projects’ costs. “Hiking costs of irrigation projects was a scam for the BJP when it was in the Opposition; but in just three years, it has cleared hikes worth Rs 39,000 crore. Let the people know why there is a change in its stand,” said NCP’s chief spokesperson Nawab Malik.

The NCP, which has been facing charges of corruption in irrigation, was quick to react to the story. Mr Malik, while addressing the media, alleged that the BJP government was responsible for a scam worth Rs 40,000 crore. “In 307 irrigation projects, this government has approved the hike of Rs 39,000 crore. This is a scam. Let the government give a clarification about why this cost was escalated so much,” demanded Mr Malik. He also drew attention to the point that even after the Union government refused to give money for few projects, the state government had gone the extra mile to have the hikes cleared. “The state government has cleared this cost through a loan by National Bank for Agriculture and Rural Development (NABARD) so it should clarify whether there was corruption in it,” said Mr Malik. 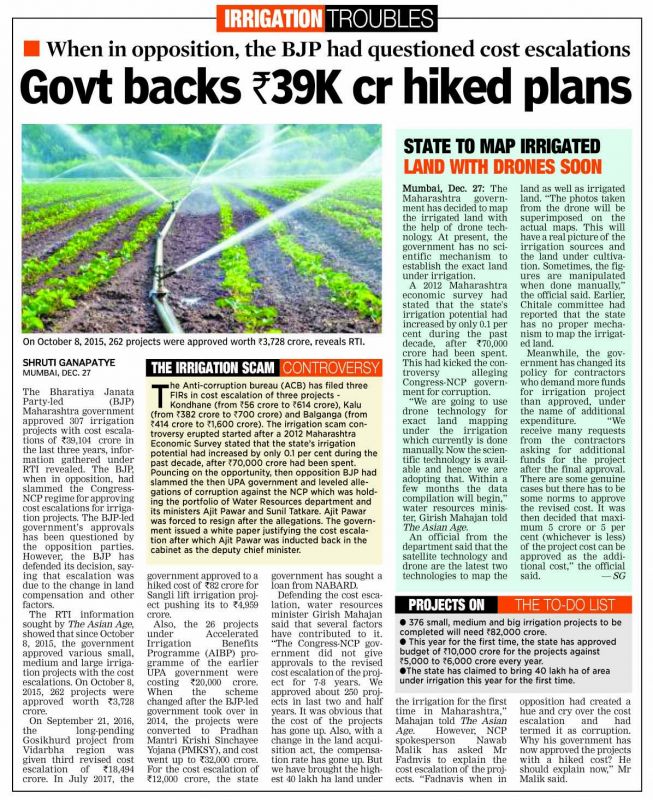 The Asian Age had reported about the Rs 39K cr increase in the costs of irrigation projects in the state on December 27.

Congress also reacted to the story, demanding response from chief minister Devendra Fadnavis. “Mr Fadnavis himself has levelled allegations of corruption and claimed to give proofs full of bullock carts. Since his government is facing same charges, now it is his duty to reply the charges sitting in same bullock cart so that people can see the government’s real face,” said Congress spokesperson Sachin Sawant.