According to sources, the villagers will sit on dharna from 4 pm to 12 am midnight everyday till December 31. 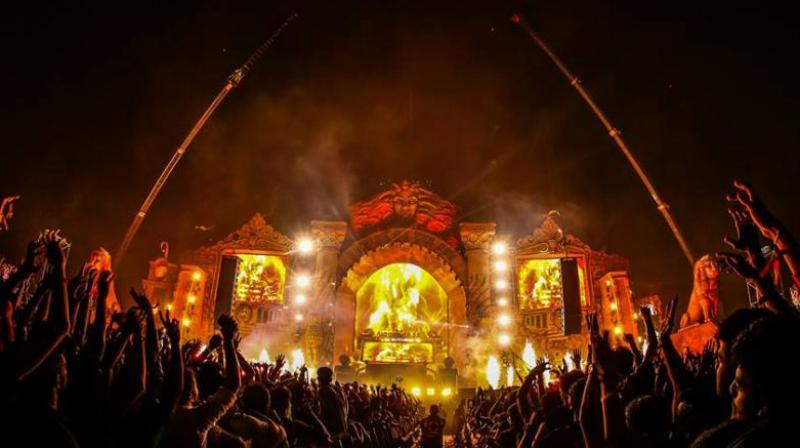 The Sunburn festival, known for its electronic music dance, will be held in Kesnand village at the outscirts of Pune between December 28 and December 31 (Photo: Facebook)

Pune: Fifteen protestors who sat on dharna outside the entrance of the Sunburn festival venue at Kesnand village near Pune were arrested by the police on Wednesday. Over 100 people from four nearby villages gathered at the venue just before the festival was about to begin on Wednesday, asserting that festivals like Sunburn can spoil youth in the villages and can drive them towards the “wrong way”.

The Sunburn festival, known for its electronic music dance, will be held in Kesnand village at the outscirts of Pune between December 28 and December 31. According to sources, the villagers will sit on dharna from 4 pm to 12 am midnight everyday till December 31.

On Wednesday, over 100 villagers from Kesnand, Tulapur, Lonikand and Avalwadi sat on protest demanding the festival should not be held near their villages. Sandip Bhondave, head of the protest, said, “ The festival will conclude. Over 200-400 villagers from nearby villages will protest at the entrance of the festival venue every day. ”

Shilpa Tune, one of the protestors, said, “If the westernised and modern crowd in short clothes start roaming around in our villages, the youth will get spoilt. The youth might be driven to wrong ways, consuming drugs and alcohol. We want the government to understand that they should not allow the festival to be held here forever. We also fear that like Goa hosted the festival for nine years, they might come here every year.”

However, Karan Singh, CEO, Sunburn, said, “We have all necessary permissions from the concerned departments. We will leave the venue like we got it, after cleaning it and planting trees. People come to attend it for the sake of music. Why will they travel so far to consume drugs or alcohol?”