BJP leads in round 1 of local body polls

The BJP-Shiv Sena combine and other allies together emerged victorious at 80 MCs. 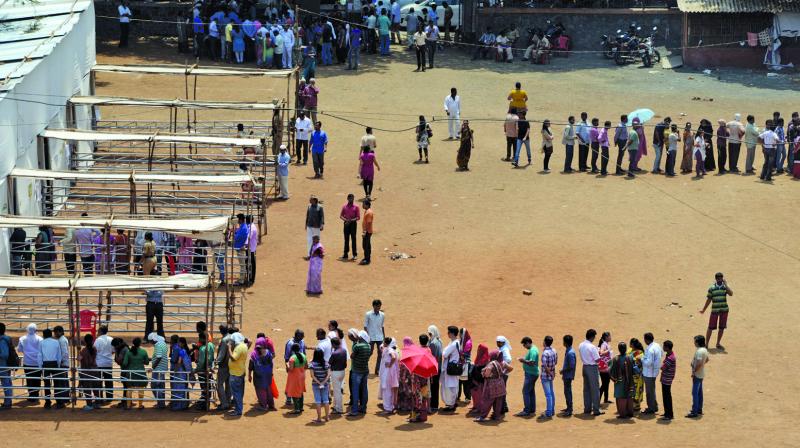 File photo of people voting in the local body polls.

Mumbai: Despite the controversial demonetisation move and unrest among the Maratha community, the Bharatiya Janata Party (BJP) has emerged as the leading party in the state in the municipal council (MC) polls. The party’s strength has jumped from seven to 52 presidents. The BJP-Shiv Sena combine and other allies together emerged victorious at 80 MCs. The BJP grabbed the number one position from the Nationalist Congress Party (NCP) after winning over 800 seats out of a total of 3,705 seats across the state. Prime Minister Narendra Modi, too, congratulated chief minister Devendra Fadnavis and BJP state president Raosaheb Danve for the victory.

The poll for 3,705 seats for councillors in MCs in 25 districts and for 147 direct elected presidents was held on Sunday, with the results declared on Monday. Out of a total of 58.49 lakh electors, around 70 per cent cast their votes. 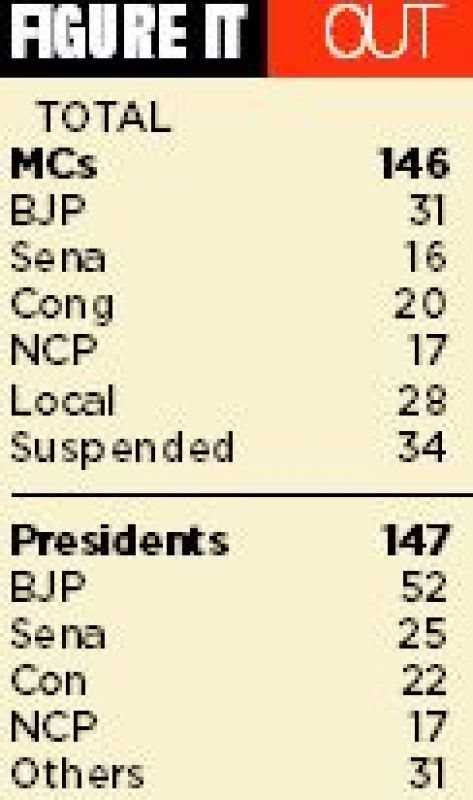 Of a total of 135 results declared by the evening, the BJP came to power at 30 MCs, followed by the Shiv Sena, which won 12 MCs. The Congress, with 18 MCs, remained at third position, while the NCP was relegated to fourth, having won in 17 MCs.

Meanwhile, of a total of 147 presidents to be elected, the BJP had won 52 by the evening and grabbed the number one position. The Shiv Sena will have a president in 25 MCs, the Congress in 22 and the NCP in 17 MCs. The president of local fronts won the polls in 30 MCs.

Chief minister Devendra Fadnavis said, “The people have shown their faith in us and in PM Modi. In the MC poll, our strength has increased and we have won more than two-thirds of the total number of seats contested.” Mr Modi, in his tweet, said, “I laud BJP karyakartas. CM and Danves’ grassroot level work ensured people place their valued trust in BJP (sic).”