Reservoirs filled to 99 per cent of total capacity

It is expected that on October 1, the lakes should have minimum 98 per cent water storage for the city to have an uninterrupted water supply. 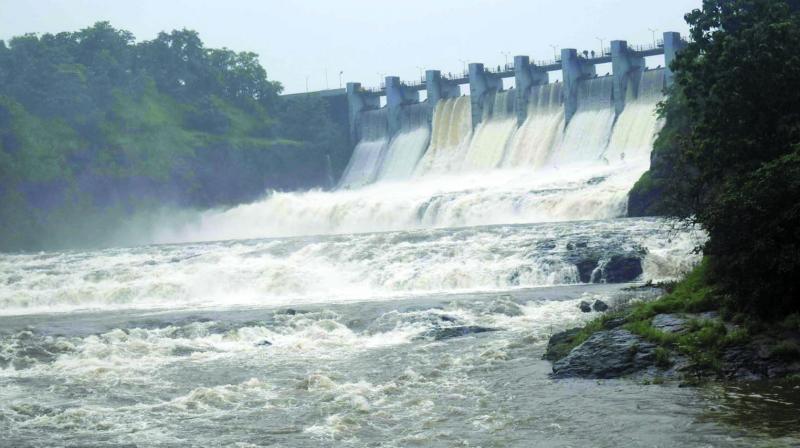 Mumbai: After a copious amount of rainfall this monsoon, the seven reservoirs supplying water to Mumbai have been filled to 99 per cent of their total capacity. This is welcome news for the city as it is very likely that there will be no water cut till next monsoon. It is expected that on October 1, the lakes should have minimum 98 per cent water storage for the city to have an uninterrupted water supply.

While the total water content in the seven reservoirs as on September 28 this year is 98.77 per cent, it was 91.88 per cent on the same day last year and remained nearly the same on October 1, 2018. This caused the Brihanmumbai Municipal Corporation (BMC) to apply ten per cent water cut from mid-November last year.

A senior hydraulic department officer said, “Last year in the first week of October, the total water content in the reservoirs was 7 to 8 per cent less. Thus, a 10 per cent water cut was applied from November 20. However this year, water storage is good and there are the least chances of any water cut.”

“As the weather department has predicted rainfall even in the first week of October, it will be a bonus for Mumbai,” the officer said.

As on the morning of Saturday, September 28, the total water content in the reservoirs was 1,429,618 million litres which was 1,329,854 million litres on the same day last year.

The BMC supplies 3,800 million litres water to Mumbai daily. After the poor rainfall last monsoon, the city underwent 10 to 15 per cent water cut till this monsoon. It was in mid-July after the reservoirs filled 50 per cent that the water cut was rolled back.