Meanwhile, IIT-B students have mixed reactions to the rankings. 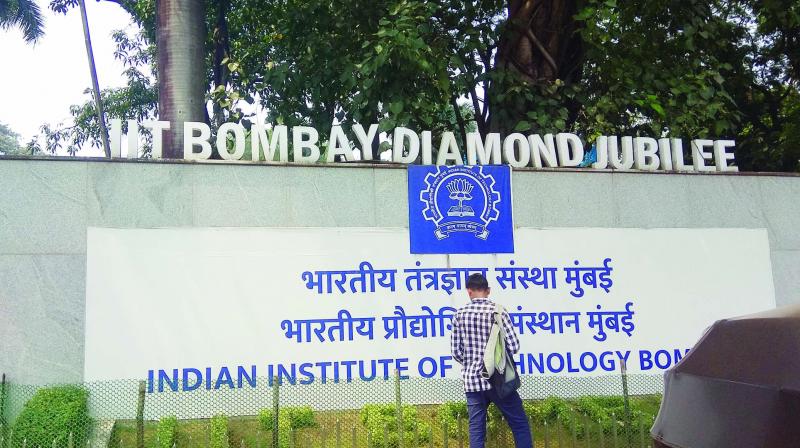 Mumbai: Two days after a report was released over ranking of educational institutions by the Times Higher Education (THE) World University Rankings 2019, the Indian Institute of Technology (Bombay), whose rank slipped from the 351-400 to the 401-450 band, on Friday said that the senior management was looking at the ranking and dissecting the reason for the fall in rank this time. Meanwhile, IIT-B students have mixed reactions to the rankings.

Swati Patankar, dean - international relations and professor biosciences & bioengineering, said, “IIT Bombay senior management is looking at the rankings and dissecting the reasons for the decrease this time. This analysis will take some time, as we need to dig into the numbers carefully. When we figure out the issues in a week or so, we will take the necessary steps over the course of the next few months.”

Niswarth Ali, a student of final year B-Tech, said that people were into non-core jobs, consulting and other kinds of stuff. Most of them were not going for higher studies, which is why IIT Bombay had lost its ranking.

Nitin P., who is pursuing PhD in chemistry at IIT, said, “Earlier, there was no competition. Now, new institutions are coming up in the country where the faculty is younger and more enthusiastic. When an institution is established like IIT Bombay, they don’t have much younger professors who want to go out of their comfort zone and don’t want to take a risk with their respective research.”

IIT Bombay was established in 1958.

Achievements :
The Council of Scientific and Industrial Research (CSIR) has awarded Shanti Swarup Bhatnagar Prize for Science and Technology to two professors (Dr Amit Agrawal IIT Bombay and Dr Ashwin Gumaste) of IIT Bombay in 2018.
IIT Bombay was first in QS Global World Ranking in India, while in the world; the ranking was 162 in 2018.