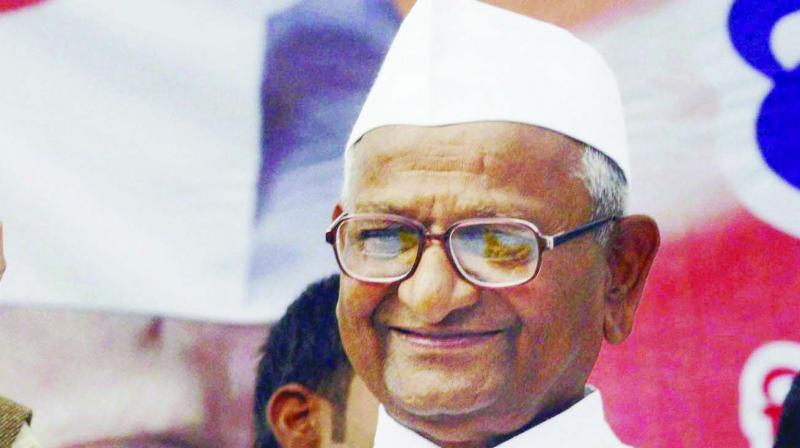 Mumbai: Social activist Anna Hazare has said that he is firm on his decision to launch a hunger strike in his village, Ralegan Siddhi, over the appointment of anti-corruption ombudsman or lokayukta from October 2, the birth anniversary of Mahatma Gandhi. Mr Hazare has said that the BJP-led government at the Centre had come to power because of the Lokpal agitation but despite the passing of four years, the government has not appointed a lokayukta.

Mr Hazare on Thursday has written a letter to Prime Minister Narendra Modi alleging that in the last four years the government kept dilly-dallying and did not appoint Lokpal and Lokayukta.

Mr Hazare claimed in the letter that the BJP-led government at the Centre had promised to look into his demand of granting autonomy to the Commission for Agricultural Costs and Prices (CACP), but it did nothing.

The CACP determines minimum support prices of various agricultural commodities. According to Mr Hazare, farmers are not getting adequate price for their produce, causing them to take their own lives. He said that the agriculture department controls the CACP and hence the prices of farm produce are low. “We had requested many times that it should be given autonomy, like in the case of the Election Commission,” he said.