The police however stressed that incriminating evidence in the form of books and CDs have been found from Gonsalves’ house. 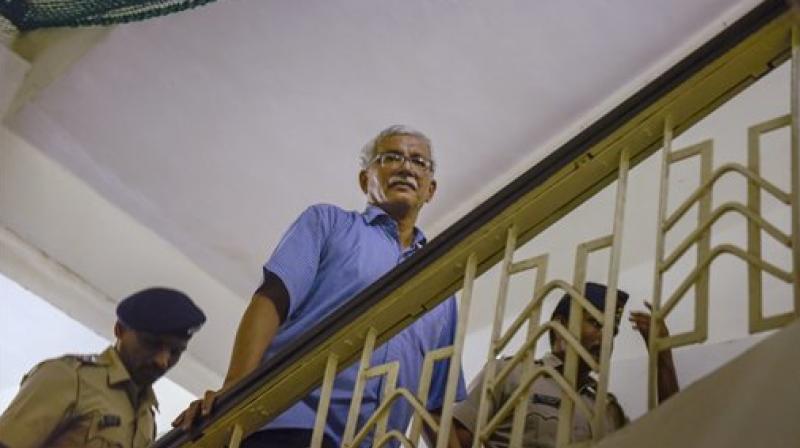 Mumbai: The Pune police informed the Bombay high court that it had found nothing incriminating from the laptop of Bhima-Koregaon violence accused, Vernon Gonsalves, which linked him with any unlawful activity. The police however stressed that incriminating evidence in the form of books and CDs have been found from Gonsalves’ house.

A single bench of Justice Sarang Kotwal was hearing the bail application filed by Gonsalves. His counsel Mihir Desai argued that the state had failed to establish any direct connect between Gonsalves and the banned outfits of CPI Maoist, Kabir Kala Manch and Radical Students Union.

Advocate Desai told the court that as per the state’s affidavit, other accused had taken  Gonsalves’ name during the investigation. Gonsalves’ counsel further informed the court that while Gonsalves’ laptop had been seized last year, the state claimed that the forensic report was yet to be received.

When the court asked about the contents of the laptop, public prosecutor Aruna Pai informed the court that nothing had been found from the laptop but they had found incriminating material from Gonsalves’ house.

She then brought to the court’s notice that during a search of Gonsalves’ house, CDs and books such as a CD of national award-winning film, Jai Bheem Comrade; a CD of the Kabir Kala Manch’s drama, Rajya Daman Virodhi; Marxist Archives; Leo Tolstoy’s classic, War and Peace; and Marathi books like Maovadyanche yuddha konasathi aani kashasathi and Aamhala dusara desh dya were seized which linked Gonsalves to the banned outfits.

The court then questioned Gonsalves. “Why did you have these books and CDs at home? You will have to explain that to the court,” it said.

The court questioned Mr Gonsalves’ motive behind keeping copies of these books and CDs, the titles of which, prima facie, indicated that they contained material against the state. The court deferred hearing on the bail plea to Thursday.