The court said in future the doctors and the government will have to maintain a dialogue. 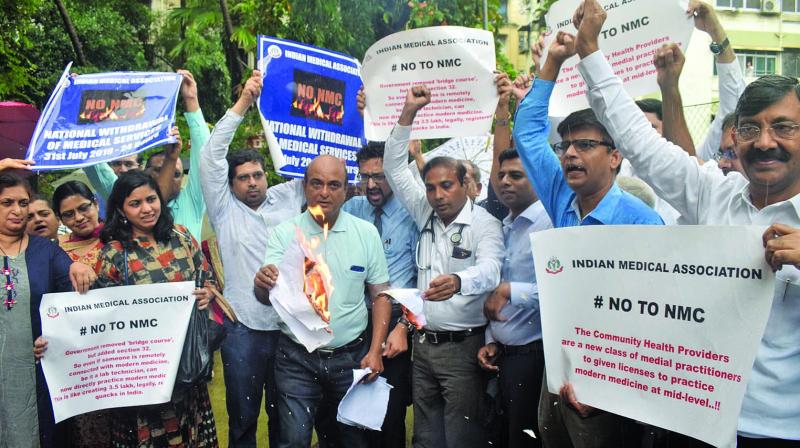 Mumbai: The Bombay high court on Wednesday said a high-powered committee set up by the Maharashtra government in the year 2017 will resolve issues concerning residents doctors in the state as and when required.

The high court was hearing a petition filed by social activist Afak Mandaviya, who had earlier sought a direction to the members of the Maharashtra Association of Resident Doctors (MARD) to refrain from going on strike on August 7 this year. The court noted that the strike did not happen.

A division bench of Chief Justice Pradeep Nandrajog and Justice Bharati Dangre said if resident doctors in future have any demands or problems, they shall serve notice to the director, Medical Health and Res-earch, who is the member secretary of the committee. “The member secreta-ry, within two days of receiving such a notice, shall convene a meeting and all 13 members of the panel will have to attend it,” the court directed.

“The dialogue has to be meaningful. More often than not, when dialogue fails or is not initiated, then the party concerned is constrained to take drastic steps due to the stupor of the other party,” Chief Justice Nandrajog said.

While disposing of the petition, the HC said that the high-powered committee shall meet regularly to discuss issues faced by doctors. “The committee members shall not take refuge under the fact that they are burdened with other work. How they take out time and meet is up to them,” the court said.