Professor climbed out of valley and phoned police. 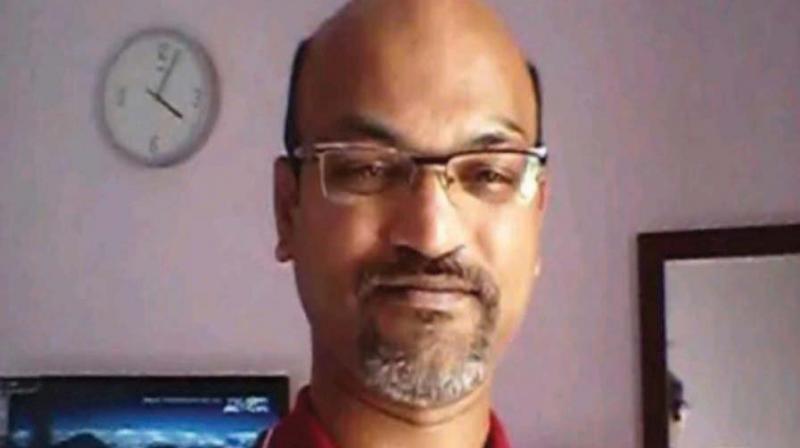 Mumbai: A professor of the Dr Balasaheb Sawant Konkan Krishi Vidyapeeth in Dapoli had a miraculous escape from the jaws of death after the bus he was travelling in plummeted into a 500-feet-deep gorge. Prakash Sawant-Desai (45) who jumped out of the bus while it went out of control while navigating a sharp turn, reported the accident to police. The survivor climbed out from the valley and phoned a university colleague and police.

Mr Sawant-Desai said, “The bus took a sharp turn and due to the presence of mud clods, the tire got entangled and lost balance. The bus went sliding down towards left and plunged into a 500-feet-deep down in Ambenali ghat.”

He added, “After the bus fell, I was stuck on the branch of a tree and fortunately the branch did not break, otherwise I would have never made it out alive.”

He further said, “After being stuck on the branch, I somehow reached the root of the tree and planted my hands, legs into the soil and climbed up to the peak. After hearing a loud noise, people who were enjoying near the waterfall came running. I used a person’s mobile phone and phoned Ajit who is my colleague at the university. Thereafter I called Dapoli police station.”

It took more than a couple of hours for the local police to locate the spot and begin the rescue operation. Initially, 40 people were supposed to go on the picnic but due to lack of seats the number was reduced, he said.

The group of picnickers from the university consisted only male professors of the University.

After the basic medical evaluation at a primary health centre in Poladpur, the survivor, Mr Sawant-Desai was discharged. He did not sustain major injuries.

Pravin Randive, an employee of the Konkan Agriculture University, had also decided to go on the picnic but his wife requested him not to go. Mr Randive is a newlywed and couldn’t deny his wife’s request.