The BMC has filed 567 court cases in this regard and imposed a fine of Rs 11.22 lakh on the bulk generators. 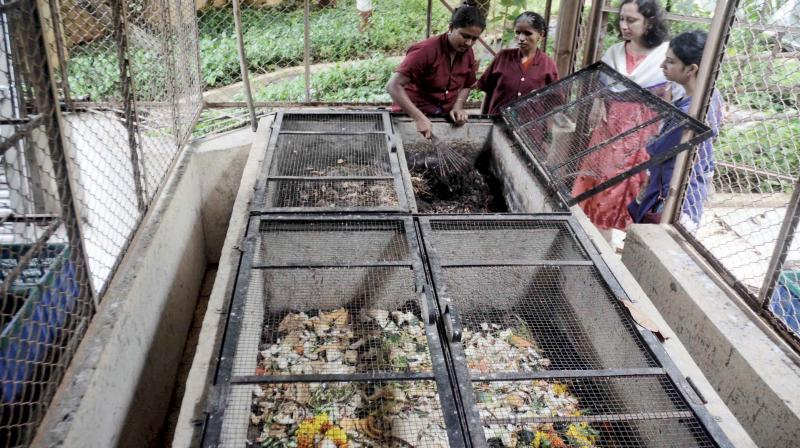 Mumbai: More than six months after Brihanmumbai Municipal Corporation (BMC) making waste segregation and processing compulsory for bulk generators, 65 per cent of them are yet to comply with the directives raising question mark over their earnestness to deal with the garbage problem.

According to civic data, out of 3,365 bulk generators, as many as 2,206 have not set up waste management plants in their premises, whereas only 1,159 establishments have started waste composting units in their surroundings.

Civic officials said, the BMC has sent MRTP Act and Environment Protec-tion (EP) Act notices to 289 and 212 housing complexes and bulk generators respe-ctively. If they do not set up composting unit on the space meant for waste management, their office bearers are likely to face imprisonment as well as heavy fine.

“The civic body has also sent notices under the Mumbai Municipal Corp-oration (MMC) Act to 3,024 bulk generators for not segregating and process-ing waste in their premises. Of them, 270 establishments have asked for extension while 1,071 have complied with the conditions. Legal action has been initiated against 962 societies,” said a senior civic official.

The BMC has filed 567 court cases in this regard and imposed a fine of Rs 11.22 lakh on the bulk generators. Of them, 215 cases have been disposed and 352 are still pending. The civic body has targeted hou-sing complexes, which are having built up area of 20,000 sq mt and also have taken environmental clearance, in which it is necessary to earmark place for waste processing.