Indrani sat on Sheena’s face after killing her: Driver 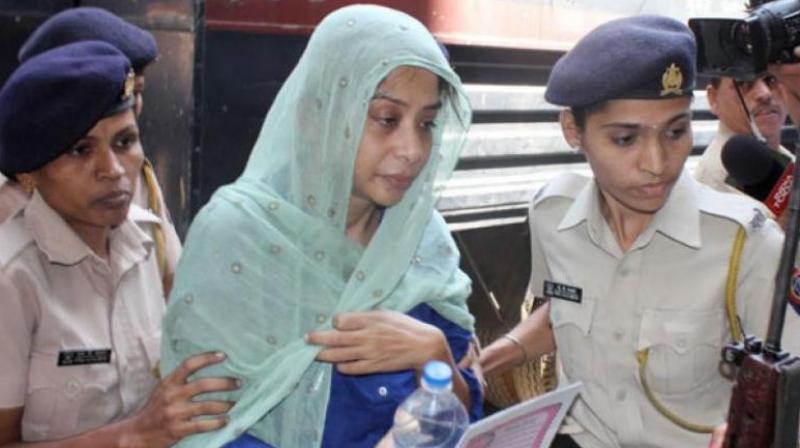 Rai told the court that Mukerjea gave Sheena water mixed with sedatives due to which Seena was sitting with her eyes closed in the car behind the driver’s seat. (Photo: PTI)

Mumbai: Former media owner Indrani Mukerjea strangled her daughter Sheena Bora and “sat on her face saying, Sheena got her 3BHK”, said Shyamwar Rai, an accused–turned-approver in the court on Friday. Rai, who worked as Mukerjea’s driver on Friday deposed before the special CBI court as a witness in the sensational April 2012 Sheena Bora murder case.

Mukerjea had allegedly roped him into the conspiracy to kill Sheena, her biological daughter by assuring that she will take full responsibility of his children’s education and family’s expenses. He told the court that after strangling Sheena, Mukerjea sat on her face.

Rai told the court that Mukerjea gave Sheena water mixed with sedatives due to which Seena was sitting with her eyes closed in the car behind the driver’s seat.

“After heading towards Palli Hill area, Sanjeev Khanna went behind and sat next to Sheena. He caught Sheena’s hair and Mukerjea strangulated Sheena. Rai tried to close Sheena’s mouth but she bit him. First Sheena was making sounds and was gasping for breath but later she fell quiet. At that time Indrani sat on her face saying Sheena got her 3BHK flat,” he told the court.

During the hearing, Indrani and Peter Mukerjea sat clam and composed. They noted down Rai’s statement individually.

Highlights of the statement