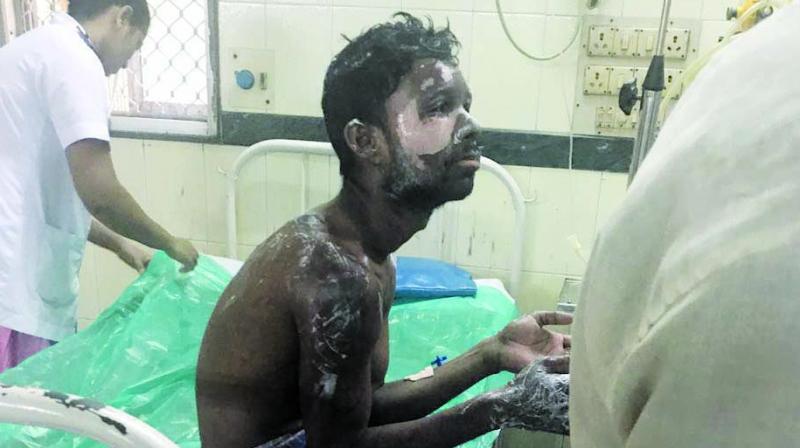 MUMBAI: The crash of a chartered aircraft in Ghatkopar on Thursday left five persons dead, including the four-member crew and a pedestrian, whose bodies were severely charred, rendering their identification difficult, said doctors at the Rajawadi Hospital, where the dead and three others who sustained injuries were taken. A kin of one of the crew, Captain Pradeep Rajpoot, however, said he could identify him by looking at the ‘kada’ and chain worn by him. Hours later, three of the dead crew members were eventually identified as Manish Pandey, Surabhi and Captain Maria.

Relatives of the injured, admitted to the hospital, said that as the crash occurred at a time when most construction workers were in the basement to have lunch casualties were fewer.

Brother-in-law of Captain Rajpoot, Kuldeep Singh Chauhan, said, “I didn't believe that Pradeep would meet with such an accident. He had spoken to me today.” Chauhan added that he had been a pilot for the last 23 years.

A passer-by, Prashant Mahakal (23), received minor injuries to his left leg. The report on the post-mortem of the deceased is awaited.

Kaushal Kumar Nishad (35), Naresh's relative, said, “We were having lunch in the basement, while Naresh was finishing his work.”