Debt of up to Rs 1.5 lakh per farmer will be written off, if they fulfill the criteria. 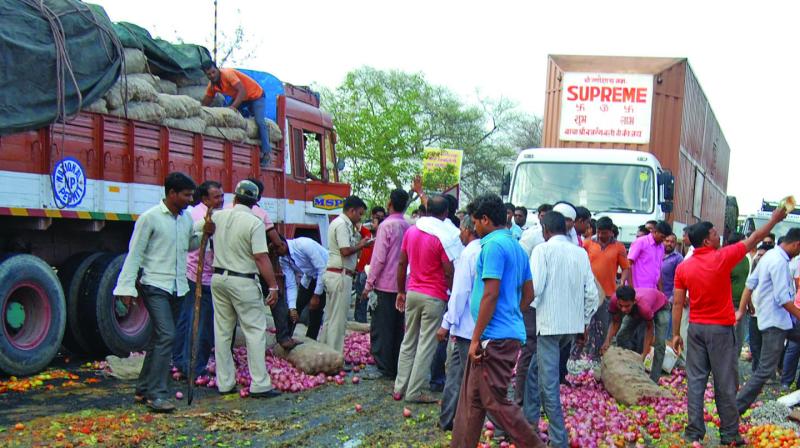 Farmer’s family will be the base of this scheme. Family means farmer, his wife and children under age of 18 will be considered.

Mumbai: The state government issued notification for Rs 34,000 crore farm loan waiver on Wednesday. The government resolution (GR) stated that debt of up to Rs 1.5 lakh per farmer will be written off. The farmers who have failed to repay their loan till June 30, 2016, will get the benefit. The farmers, who have more than Rs 1.5 lakh debt, will get the benefit of loan waiver after they pay their remaining amount of debt along with interest. The GR also said that woman farmer would be given priority in this scheme.

The Maharashtra government has declared Rs 34,022 crore farm loan waiver, clearing complete loans of 34 lakh farmers and giving partial relief to another 55 lakh farmers. Chief minister Devendra Fadnavis along with his entire cabinet made the announcement on last Saturday. On Wednesday, the government issued

GR so that banks would start implementing the decision. The criteria, which are mentioned in GR, are similar to the ones declared on Saturday.  The state government has come up with one-time settlement scheme for farmers whose loan with interest has crossed Rs 1.5 lakh. Farmers’ organisations have been opposing the criteria, and hence it could be new trigger fresh agitations in the state.

The government has also given relief to the farmers who have successfully repaid their loans in 2015-16, as they will get 25 per cent of their loan amount or Rs 25,000 as help.

The government is also going to form a cabinet sub-committee for the implementation of the scheme. It has also said that finance department will issue a separate note on guidelines.

Sources in the government said that it is mulling options to link loan waiver with Aadhar to avoid possible misuse of the scheme. In 2008, CAG had found that many non-farming people got the benefits of the waiver. The recovery of `56 crore is still going on from four district banks. This time, CM Fadnavis has made it clear that the government would take all precautions. "We will be strict while implementation and so instructions will be given to all banks," said Mr Fadnavis.