The fire broke out at Fortune hotel near Metro Cinema late Wednesday night. 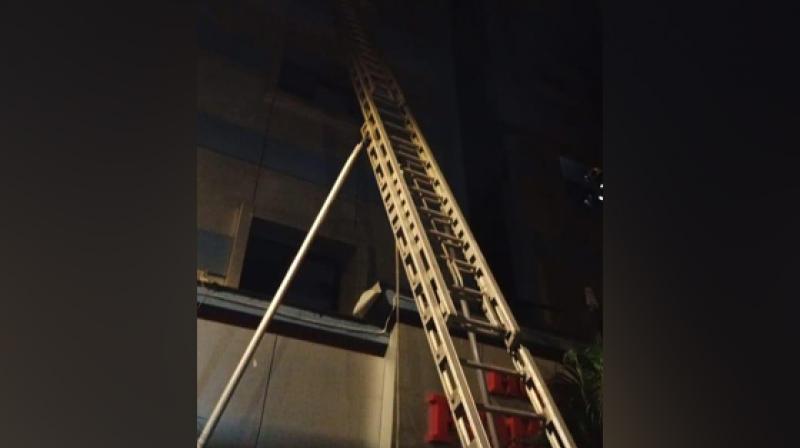 Mumbai: Twenty four doctors and three others staying in a south Mumbai hotel were rescued after a major fire broke out in the five storey building, officials said on Thursday. The hotel was one of the places where the BMC has arranged temporary accommodation for emergency and essential service staffers, including doctors and nurses due to the COVID-19 pandemic.

According to the fire brigade officer, fire broke out at Fortune hotel near Metro Cinema late Wednesday night. The fire was brought under control after three hours. The fire was confined to the electric wiring and cables in the electrical duct, false ceiling in the lobby and the common passage on the first, second and third floors of the hotel. Eight fire engines were rushed to the spot. Five doctors out of 24 were rescued using fire brigade ladders and apparatus sets.

All rescued doctors were resident doctors of a local hospital.

Earlier on April 21 a major fire broke out in a lodging room of Hotel Ripon near Mumbai Central, which was being used as a quarantine facility by the civic body.