Further investigation revealed that the accused had come to assault Pervez as he was allegedly trying to contact his former wife. 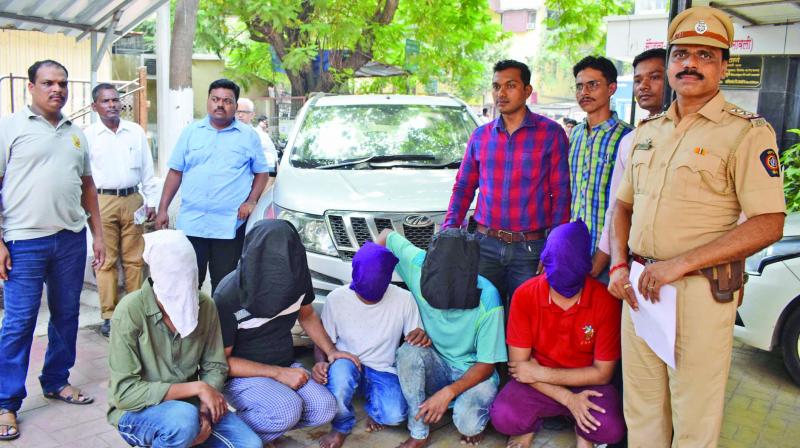 Mumbai: The Naupada police, Thane, arrested five persons from Andheri who allegedly posed as anti-corruption bureau (ACB) officers and thrashed a coaching class teacher. A month ago, the accused landed at the Excel Coaching Class premises and asked the teacher to accompany them to meet their senior, an ACB officer, failing which, they would raid the place. When the teacher refused to accompany them, they assaulted him.

The police initially said that the motive of the accused — identified as Mohit Verma, Manojkumar Prasad, Mayur Rane, Mithilesh Mukhiya and Suraj Pawar — was to extort money from the victim Alwin Xavier Pervez (39). Further investigation revealed that the accused had come to assault Pervez as he was allegedly trying to contact his former wife. The police said that Pervez’s wife (with their two children) came into contact with Rane after her separation. Rane wanted to teach Pervez a lesson and accordingly, the group posed as ACB officers to get him out of his class, the Naupada police said. D. Swami, deputy commissioner of police, Thane (zone 1), said, “The accused could be tracked with the help of the SUV that they had travelled in to threaten the teacher. We first zeroed in on Verma, who later led us to the other accused.”

The accused asked Pervez to meet their senior and told him that if he did not comply, they would raid his classes and make him go through a lot of hassles. Pervez refused to budge and the accused thrashed him and left from the spot.