City to witness straight fight after many years 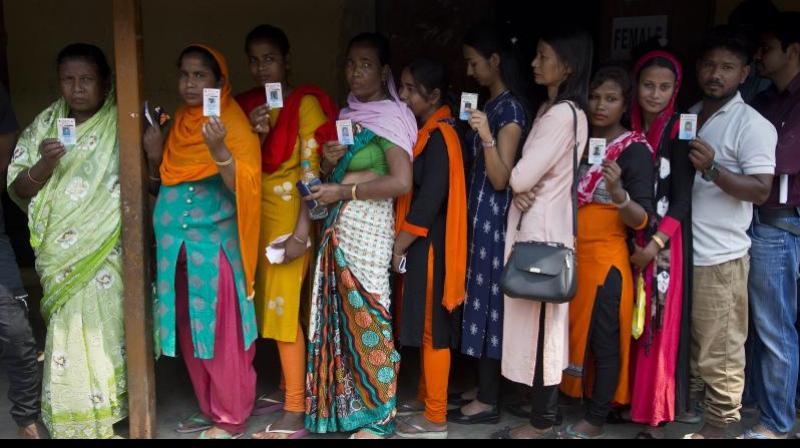 The last two Lok Sabha polls have shown that the parties favoured by Mumbaikars have formed the government at the Centre. (Photo: File)

Mumbai: Monday’s election could be a first straight fight between two prominent alliances — BJP-Shiv Sena and Congress-Nationalist Congress Party (NCP) — in Mumbai after several years. The Maharashtra Navnirman Sena (MNS) is not in the contest and other parties, including Prakash Ambedkar’s Vanchit Bahujan Aghadi in alliance with All India Majlis-e-Ittehadul Musl-imeen (AIMIM), have not been able to make a major impact in Mumbai.

In the year 2009, Congress-NCP had won all six seats in the city and formed the government at the Centre. In 2014, the BJP-Sena swept all the seats and went on to rule Delhi.

Both, Opposition and ruling parties are expecting the verdict given by Mumbaikars as it will be a good sign for them to stake claim for government formation in Delhi.

“Mumbai had remained with Sena-BJP alliance or Congress-NCP combine in all six constituencies in the past. It is to be seen whether the same trend will be repeated in the 2019 polls,” said Abhijit Sakpal, social media in-charge of Maharashtra Pradesh Congress Committee.

Ashish Shelar, theBJP’s Mumbai city president, also claimed that all the six candidates would retain their seats. “The Opposition is so weak in the city that we will win all the seats hands down,” Mr Shelar said.

Another fear playing on the minds of political leaders that the turnout could be badly affected due to the soaring temperatures like in Pune and a long weekend till May 1.

“We fear that several Mumbaikars have taken the opportunity to celebrate holidays from April 27 to May 1. But we hope that voters will exercise their right to franchise and elect the candidate of their choice,” said the Congress leader.