The accused, a labourer, who got married just five months before the incident used to quarrel with his wife for dowry and ill-treat her. 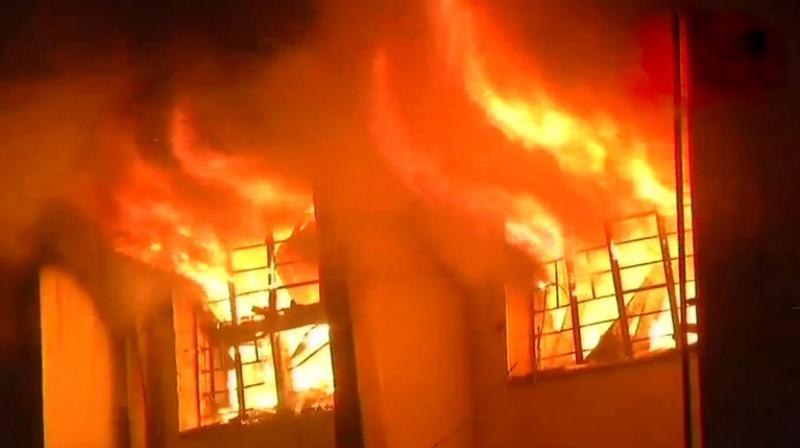 On December 19, 2012, the accused gagged his wife, tied her hands behind, poured kerosene on her and set her on fire. He then closed the door, locked it from outside and ran away, the prosecution said. (Photo: Representation)

Thane: A Thane court has awarded life imprisonment to a 32-year-old man from Bhiwandi for burning his wife alive in December 2012.

Additional Sessions Judge S C Khalipe on April 27 sentenced Moharamali Shafiq Khan to life imprisonment (till the rest of his natural life), while pronouncing him guilty under IPC section 302 (murder) and others. The court also imposed a fine of Rs 11,000 on him.

Additional public prosecutor Vandana Jadhav told the court that the deceased - Afsana Moharamali Khan - and the accused, a labourer, had got married just five months prior to the incident. She said the accused used to quarrel with his wife for dowry and ill-treat her.

On December 19, 2012, the accused gagged his wife, tied her hands behind, poured kerosene on her and set her on fire. He then closed the door, locked it from outside and ran away, the prosecution said.

The victim shouted for help following which some people living in the neighbourhood gathered there. They broke open the door, doused the fire by throwing water in the room and took the woman to a hospital in Bhiwandi.

The woman was later shifted to the Thane Civil Hospital where she died the next day, said the prosecution. But, the accused denied having set his wife on fire and claimed that she was involved in a relationship with another person.

However, the judge observed the prosecution has proved that the accused poured kerosene on the woman, set her on fire and confined her in the room. "So in such circumstances, the offence under section 302 of the Indian Penal Code is proved beyond doubt," the judge said in her order.

The judge also noted the deceased in her dying declaration said the accused demanded dowry. There is no other evidence on record except her dying declaration, judge Khalipe said, adding that the court is of the view that there is no corroboration to the version. In such circumstances, no inference can be drawn that the accused had demanded dowry and was ill-treating her for it.