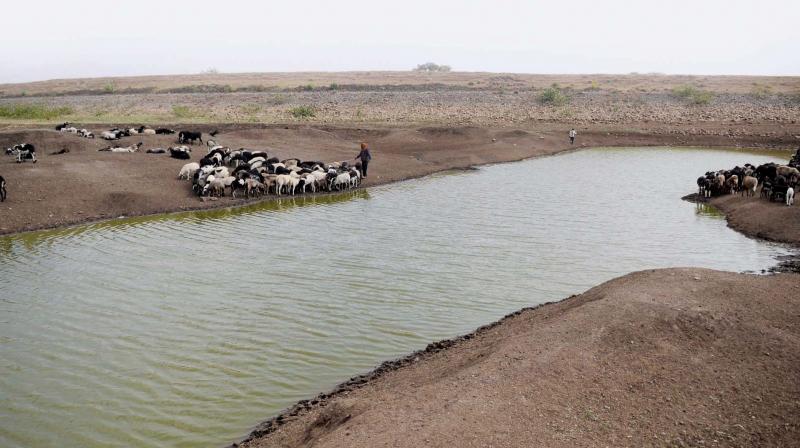 In a recent meeting, chief minister Devendra Fadnavis reviewed the progress of the Jalyukt Shivar and other water conservation efforts.

Mumbai: The state government has claimed that its water conservation scheme, Jalyukt Shivar, it launched about two years back has helped make water neutral 11,247 villages.

However, the pace of the work has not been the same every year. In 2016-17 the state completed the work in 58 villages, the government data shows. The scheme aims to make Maharashtra drought-free by 2019.

In a recent meeting, chief minister Devendra Fadnavis reviewed the progress of the Jalyukt Shivar and other water conservation efforts. “Nearly 11,247 villages were made water neutral through the Jalyukt Shivar in the last two years. This year 5,031 villages have been selected under this scheme and the work is in progress.

However, data available show that in the first year, the scheme could not reach the target. Out of the 5,297 villages selected for 2016-17, the works were completed only in 58 villages. The government spent only Rs 455 crore out of the Rs 7,871 crore sanctioned that year. The government then had blamed it on the code of conduct enforced for the local bodies elections, preventing development works. But the opposition parties had refuted the claims.

For 2018, the government has allotted Rs 1,500 crore for the work in 6,200 villages. The government has also roped in private participants like Paani Foundation, Tata Group chief Ratan Tata, and Reliance Group head Mukesh Ambani.