These birds had not visited the Talawe wetlands which hosts a remarkable congregation of the lesser and greater flamingos. 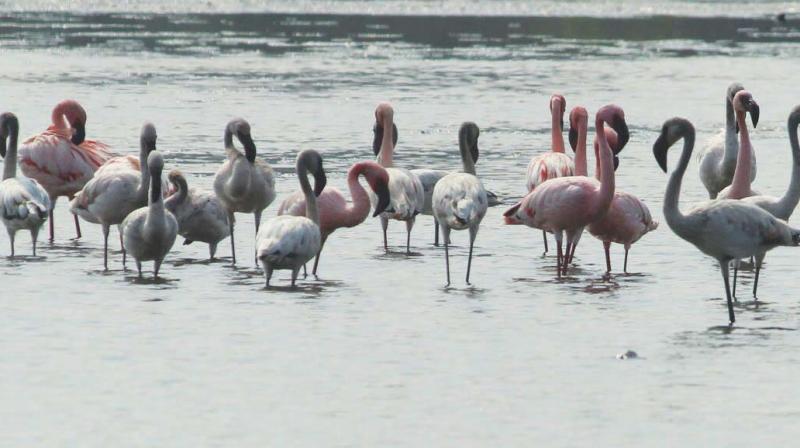 Mumbai: After a delay of almost four months, flamingos have made an appearance in the wetland area along TS Chanakya, close to the Talawe wetlands, much to the delight of Nerul residents. It has been only a week since the developer working on a residential project in the area has removed the debris following a high court order earlier this month.

On Saturday morning, the wetland area near TS Chanakya saw the presence of the lesser flamingos, which are relatively smaller in size and have a pinker hue than other. “There were lesser flamingos along with few juveniles. It was a mesmerising and much-awaited sight, as these lands used to be filled with flamingos from November every year, but have been lying vacant till now,” said Pawan Kumar Sahu, a bird photographer who regularly visits the area.

There has been an over all delay in the arrival of flamingos in Mumbai, which the experts have attributed to the good rainfall in Kutch due to cyclone Ockhi last year. However, locals claimed that even when the flamingos started landing in various sites in Navi Mumbai, like the wetlands near the Palm Beach Road and the Karave seashore in February, these birds had not visited the Talawe wetlands which hosts a remarkable congregation of the lesser and greater flamingos.