But environmentalists worry about long-term damage. 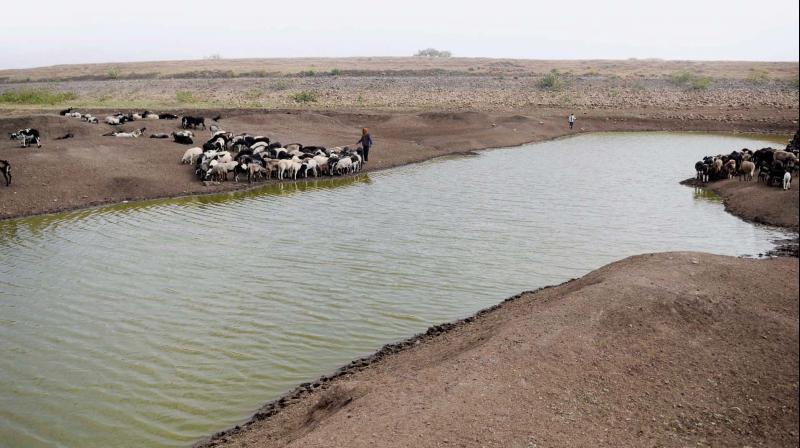 The Devendra Fadnavis government launched the Jalayukt Shivar on January 26, 2016, in 5,000 villages of the state.

Mumbai: The Maharashtra government's ambitious water conservation scheme, the Jalyukt Shivar, has come in for praise by the Birla Group's chief economist, Ajit Ranade. Appreciating the work and its results, Mr Ranade said the condition has actually improved on the ground.

“The impact of water conservation in Maharashtra - the same level of crop production with almost 40 per cent less rainfall. The water table rose by three metres in drought-prone Marathwada and a second Rabi crop is being grown even in drought-prone regions. It was unheard of earlier,” he said. The economist also hailed the efforts of actor Aamir Khan's Paani Foundation, which has joined hands with the government on this scheme.

He also singled out Marathi actors Nana Patekar and Makrand Anaspur's Naam Foundation, which has been working on the farmers' suicide issue.

The Devendra Fadnavis government launched the Jalayukt Shivar on January 26, 2016, in 5,000 villages of the state. Each year, it adds about 5,000 more villages to the scheme.   But the scheme has found many strong detractors. Environment expert and Maharashtra Navnirman Sena (MNS) leader Anil Shidore refused to give credit to Jalyukt Shivar alone for the turnaround.

“The earlier government had also introduced many water conservation schemes. There was one, Jalswarajya, which was an Indo-German project. But the present government is good at advertising,”he said.

“Maharashtra has a long tradition of watershed/water conservation work. For example, Aadgaon in the early 1970s, AFARM worked in several villages. We also should not forget the great work of Dr Ghare, M.N. Khadse, Appasaheb Pawar and many more in the field of water conservation in Maharashtra." He even termed the work done by the Paani Foundation as superficial.

Another expert, Dr Pradeep Purandare, who is a former associate professor from Water And Land Management Institute, asked the government to release data about the water tankers serving in the Jalyukt villages, report on the groundwater table and the expenditure incurred on Jalyukt and its "life".

"Creating storage is one thing, and managing the same are two different things. Jalyukt is silent about demand-side management. Water is being privatised because of farm ponds. Excesses of nalla (canal) deepening and widening in Jalyukt Shivar have created environmental threats to aquifers. And Jalyukta scheme is bound to create upstream-versus-downstream problems. Water that would have reached downstream projects is being impounded upstream. It's a redistribution of water without any realisation of its impact," he added.