Bumper-to-bumper traffic was observed on the Mumbai-Pune Expressway and the old Mumbai-Pune highway. 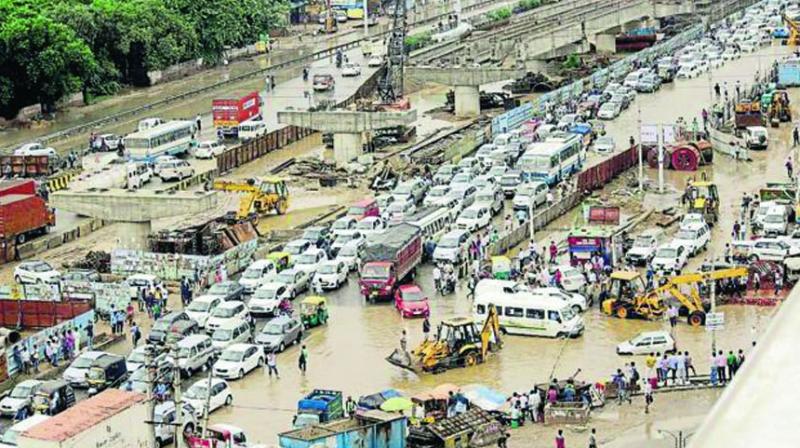 Even certain parts of the city saw huge traffic jams, as the people were out to celebrate the long weekend.(Representational image)

Mumbai: As a result of the long weekend coming up due to Buddha Poornima on Monday and Maharashtra Day on Tuesday, people from Mumbai and suburbs are heading towards tourist places in Pune, Mahabaleshwar, Kolhapur in large numbers.

Bumper-to-bumper traffic was observed on the Mumbai-Pune Expressway and the old Mumbai-Pune highway.

Even certain parts of the city saw huge traffic jams, as the people were out to celebrate the long weekend.

According to a source in state highway police, the traffic congestion was observed on Mumbai-Pune expressway as well as Mumbai-Goa highway with vehicles stranded on the road far upto a stretch of five kilometers.

Considering the overwhelming vehicular traffic, the Khalapur toll plaza opened up two extra lanes for vehicles going towards Pune, making it to a total of seven lanes.  Due to this congestion, it took more than an hour to cover up a stretch that would usually take up less than 12 minutes.

An official from the state highway police said on the condition of anonymity that the vehicular movement on the expressway is very slow, and extra manpower has been deployed.

The movement was at a snail’s pace starting from Khopoli to Khandala. The two days, clubbed with Saturday and Sunday, and the summer vacations in schools and colleges have prompted many people to take a short break, resulting in a big situation.