The court has granted time till April 26 to both the agencies for further probe in the two cases. 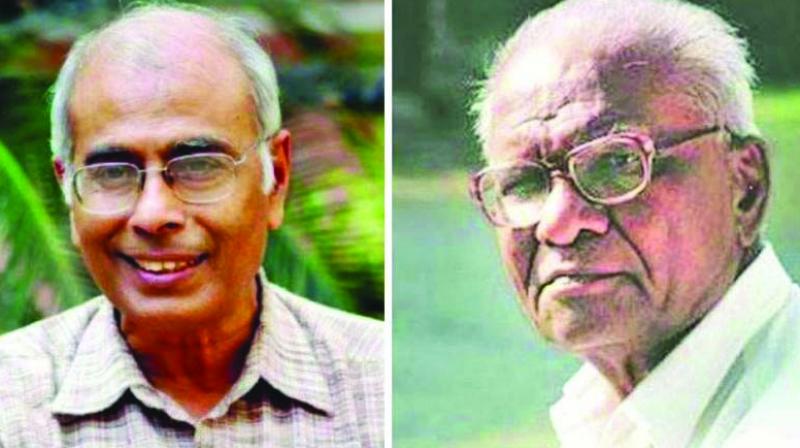 Mumbai: The Bombay high court on Thursday expressed its displeasure over the pace of the probe into the killings of rationalists Narendra Dabholkar and Govind Pansare, asking whether the chief minister did not have time to take stock of the cases. “It is shameful that almost every investigation requires the court’s intervention,” it stated.

A division bench of Justice S.C. Dharmadhikari and Justice B.P. Colabawala was hearing a petition filed by the family of Dabholkar and Pansare to trace the accused and monitor the probe being conducted by Central Bureau of Investigation (CBI) and state Special Investigation Team (SIT).

The court on Thursday said, “What is the chief minister doing? In spite of holding 11 portfolios, including home, couldn’t he find time to take stock of the cases? Do his deputies not have time to remove obstacles in the probe?” Noting that a political leader belongs to the state and not just any party, it said, “It is a sovereign function and cannot be outsourced.”

The court made the remarks after the SIT’s lawyer, Ashok Mundargi, submitted that the agency had doubled its strength and now had 35 officers  in the team probing the Pansare case.

“About five meetings have been conducted in the past few months and the reward announced for any information on the absconding accused has been increased from Rs 10 lakh to Rs 50 lakh,” he said.

The court, however, dismissed the submissions, saying these were ‘knee-jerk reactions’ introduced after the court’s adverse remarks in the previous hearing.

“We are not impressed. These are knee-jerk reactions. You think people will come forward to help you for money? All of you know that they might earn more for keeping quiet,” the bench said.

“It is shameful. If that unfortunate incident in Karnataka (killing of journalist-turned-activist Gauri Lankesh) had not happened and you (authorities in Maharashtra) had not coordinated with the Karnataka police, you would have remained clueless,” the court said.

CBI counsel Anil Singh told the court that the agency required some time to work on ‘additional information’ received from the Karnataka police.

The court has granted time till April 26 to both the agencies for further.