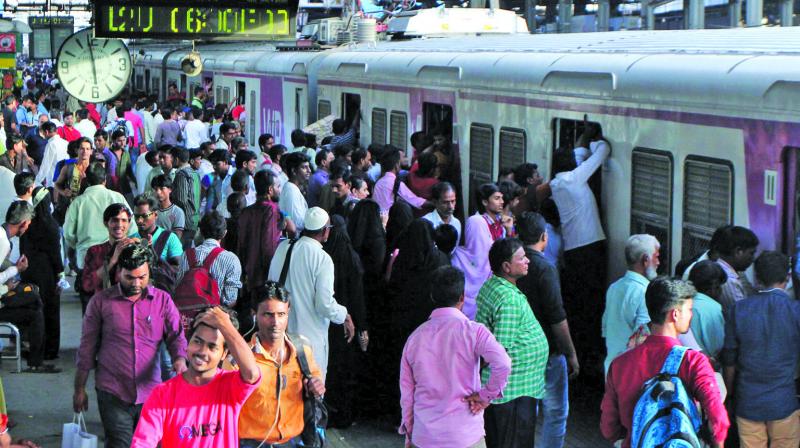 The involvement of juveniles in thefts has been around 20 per cent and it has seen a rise over the period.

Mumbai: Railway commuters lost valuables worth Rs 1.96 crore in 762 thefts in first two months of 2017 with steep rise in incidents of pick-pocketing, officials said, adding that there was a rise in the juveniles committing these offences. The Government Railway Police (GRP) had registered as many as 556 cases between January and February 2016 in which the commuters had lost valuables worth Rs 1.59 crore. While robberies have gone down, the ‘silent crime,’ on the other hand has seen a steep rise.

Among the suburban stations, Kurla, Govandi, Mankhurd, Andheri, Borivali, and Thane saw many of these incidents, officials said. Thefts mostly take place on crowded stations in the suburban section, where identifying and nabbing the accused is difficult, officials said. The involvement of juveniles in thefts has been around 20 per cent and it has seen a rise over the period.

“Involvement of underage children to commit thefts gives their operators cover as nobody suspects kids. They also cannot be put to trial and cannot be interrogated, however, have to be sent to children’s home, which acts in their favour. We are studying if there are repeat offenders (juveniles) involved to find a deterrent for them,” said a GRP officer.

Among the 762 cases of thefts, 385 were pickpocketing and 60 bag-lifting, in 2017. A group of thieves operate together when involved in bag-lifting or pickpocketing. The modus operandi involves one of the accused picking up the bag or stealing wallet and instead of running and gathering attention, passing it onto his accomplice. This is done so that the stolen thing is not found on the person standing immediately next to the victim.

The police has started keeping tabs on the movements of the habitual criminals in the city and have externed over 60 of them last year. Another 15 were externed from the city limits in the first two months in 2017.  “We have increased patrolling of civil clothed policemen on station platforms who also keep a tab on the wandering children on stations. Precautionary action is also being taken against habitual criminals to crackdown of past offenders,” said Deepak Devraj, deputy commissioner of police, GRP (WR).