The complaints can also be registered on the election commission’s website nic.gov.in or ceo.maharashtra.gov.in. 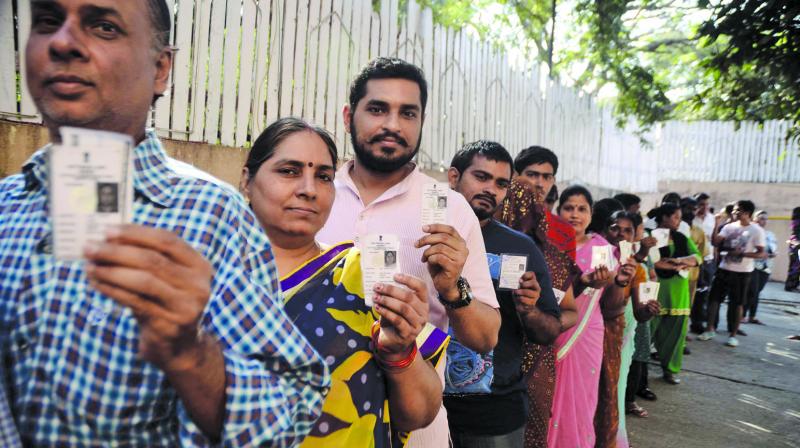 The names of 11 lakh voters were deleted from the electoral rolls before the BMC elections.

Mumbai: Despite public outcry over the deletion of 11 lakh names from voters’ list before the Brihanmumbai Municipal Corporation (BMC) polls, only 63 Mumbaikars have come forward to lodge complaints about alleged discrepancies in the voters’ list, This has been revealed in a Right to information (RTI) reply.

There was a lot of public outcry over the deleted names, with several voters alleging irregularities and discrepancies in the process of updating the voters’ list. However, when it came to registering the protest, the civic body received only 63 complaints.

Activist Anil Galgali had filed an RTI query, asking about the number of written complaints received by the BMC election office in connection with deletion of names from voters’ list.

The election office administrative officer replied to the query, saying that only 63 complaints have been received till now in connection with deletion of names from the voters’ list. However, civic officials have denied that there were irregularities in the list.

“While preparing the voters’ list, it is compared with the old voters’ list. The non-existent voters comprise of those who have died, left the city or who are not eligible to vote. Not only the names were deleted, but also the names of new voters who have registered for voting were also included in the list,” said a senior civic official. “If people were unhappy about their names being deleted from voters’ list, they should have come forward and lodged their complaints. Since it has not happened, it raises questions over the lack of seriousness about voting rights,” said Mr Galgali.