Eight months after kidney racket in Hiranandani hospital was uncovered, all 14 accused are out on bail. 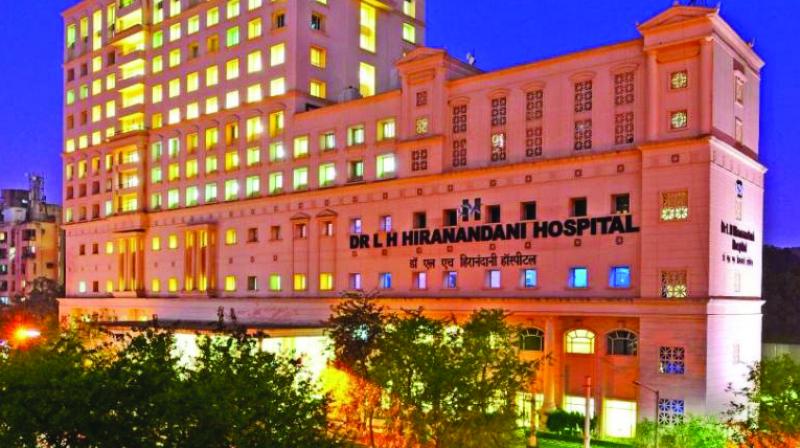 The doctors at Hiranandani hospital had allegedly turned a blind eye to kidney racket.

Mumbai: The whole country was shocked in July last year when the police claimed to have busted a kidney racket going on in one of Mumba’s top hospitals — Dr LH Hiranandani Hospital.

Eight months later, the case has become one of the many thousand going on in the Mumbai courts. The last hearing in the case was on February 26. The next hearing will be on June 16.

The racket unfolded last year when on July 14, 2016, Mahesh Tanna, a social activist, informed the Powai police that an illegal kidney transplant operation is being conducted at Hiranandani Hospital. Fake documents of a donor had been created to show that she was the blood relative of the recipient. Subsequently, the police had arrested 14 accused, including five doctors, for running the kidney racket.

All of the 14 accused persons are now out on bail. When contacted, public prosecutor Sudhir Sapkale said, “It will take more than a year for the trial in the case to start. There are many other cases pending the court.”

The police filed chargesheet against the accused on October 6, 2016 in the metropolitan magistrate court in Andheri. When the scam broke, the police had shown interest in investigating all the kidney transplants done at the hospital between 2014 and 2016. However, no progress has been made on the same. Investigation officer Pushkaraj Suryavanshi said, “We had written to the director of health services seeking information on all the kidney transplants between 2014 and 2016. But we have not received any reply from them.”

The five doctors who were arrested in August 2016 and chargesheeted for their alleged role in the case in October the same year, were granted bail by a court in August. The doctors, out of whom two are urology experts and one is a nephrologist, have resumed work at the hospital.

Dr Satish Pawar, director of state health services, said the state government has already revoked the license of Hiranadani Hospital for transplanting human organs. “So they can’t carry out any operation of human organ transplantation. Allowing the arrested doctors to practice is the decision of Maharashtra Medical Council,” he said.

While the Directorate of Health Services (DHS) has revoked the hospital’s licence to conduct organ donation surgeries, the Maharashtra Medical Council’s president Shivkumar Utture said the licence to practice of the hospital’s five accused doctors would get revoked only if they get convicted by the court.

When contacted, the hospital spokesperson refused to comment on the case.