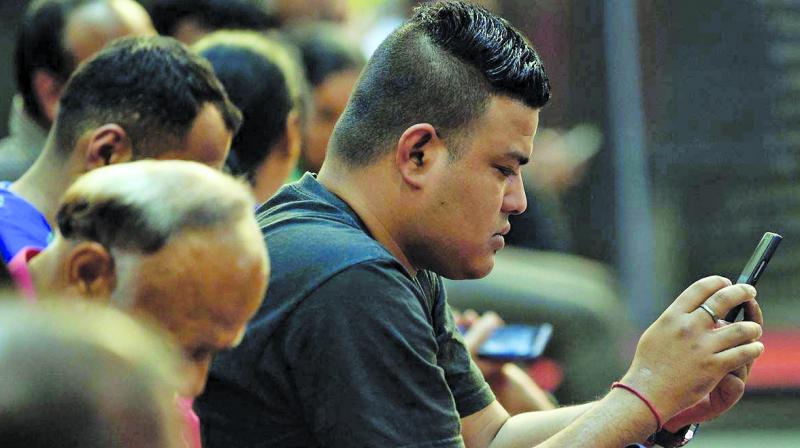 The exact cost of the service has been not calculated but the rates will be lower than that of professional companies, sources said.

Mumbai: Mumbaikars, who have been enjoying the free Wi-Fi service launched by the Maharashtra government on January 1 at 400 spots, might have to shell out money for their data usage.

As the city’s data consumption in three months has been as high as 100 terabytes, which almost equal to one lakh GB, the government is mulling over making it a paid service. Also, the government is going to launch 700 more Wi-Fi hotspots in Mumbai. With these, the city will have the most such spots compared to any other city in the country, according to officials.

Chief minister Devendra Fadnavis’ ambitious scheme has seen a good response in Mumbai. In just three months, about 80 lakh users used free Wi-Fi services at 400 locations known as ‘Aple Sarkar’. “On an average, 1.75 lakh people use the service each day. However, it was also found that the download rate is too high. In just three months, users have downloaded 100 terabytes or one lakh GB data,” an official from the information technology department said. What exactly it is that users are downloading has been kept under wraps.

The government will have an agreement with MTNL if the service is to be a paid one. The exact cost of the service has been not calculated but the rates will be lower than that of professional companies, sources said.

Last year in May, the government had introduced a free Wi-Fi service for five villages under the “Digital Panchayat” scheme in Nagpur district. However each user was found to be consuming an average of 15 GB per month.

Experts in the IT industry said the government should charge a fee for the Wi-Fi to make the model financially viable. “Many international cities like Paris, New York, and Amsterdam have free Wi-Fi services in limited areas. The rest are paid services. We can also introduce such a model, as the people have shown interest in availing of such services, and make the entire city Wi-Fi,” Abhishek Belnekar, an IT expert, said.