News of Mr Rane being in Delhi discussing his possible entry into BJP sent shockwaves through Maharashtra’s power corridors. 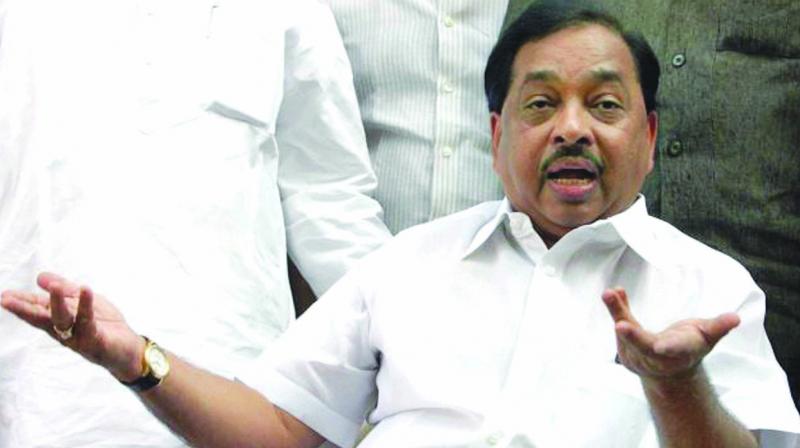 However, the senior leader’s likely switch to BJP has disturbed party leaders from his home ground i.e. Sindhudurg district, no end and they are all but trying to convince their leaders not to open the doors for Mr Rane.

“Mr Rane is a likeable personality. All parties want leaders like him in their fold. But any such decision will be taken only after state leadership and local workers hold discussions,” he had said.

First Mr Patil’s comments and then, Mr Rane’s flying out to the national capital was definitely not a coincidence.

Buzz is that Mr Rane met union transport minister Nitin Gadkari on the night of Monday. BJP sources said, “Mr Gadkari and Mr Rane are old friends. Mr Patil’s positive statement for Mr Rane is also important as the former is close to RSS. Mr Patil is also close to Amit Shah. So, this could also mean that Mr Gadkari and Mr Patil are pushing for Mr Rane with Mr Shah.”

However, another senior BJP leader said that chief minister Devendra Fadnavis was reluctant to induct Mr Rane in BJP. “You just see Mr Rane’s history. Wherever he has gone, in just a few months, he has opened fire against state leaders. Devendraji is aware of it,” the senior leader said.

Not just Mr Fadnavis but BJP leaders from Sindhudurg the likes of district chief and former MLA Pramod Jathar, Sandesh Parkar and Ajit Gogate are against Mr Rane’s entry into BJP.

A local leader said, “We have fought against him for all these years. If he comes to BJP, we will have no place in the party as well as in politics. But the sad part is we are not being consulted by senior leadership on this issue.”