The deceased — Saad Teerandaz (20) and Bilal Zakir Hussain Ansari (20) — were not wearing helmets at the time of the accident. 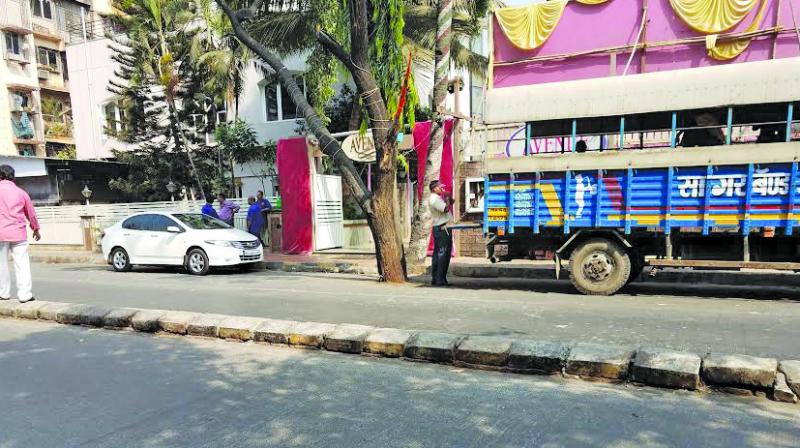 The site of the accident.

Mumbai: Two college students died late Monday evening when their Honda Activa scooter rammed into a divider. The deceased — Saad Teerandaz (20) and Bilal Zakir Hussain Ansari (20) — were not wearing helmets at the time of the accident.

Saad and Bilal were studying engineering and hotel management, respectively, at Bandra’s Rizvi College and were headed to a school friend’s place in Borivali when their scooter brushed a four-wheeler before ramming into a divider.

A police van attached to Samta Nagar police station passed by the same road and on seeing a crowd gathered near the accident spot, intervened to find that the two young men had sustained serious head injuries.

Two policemen then rushed Saad to a local hospital in Kandivali but he was later shifted to the civic-run Shatabdi Hospital whereas Bilal was taken to the same hospital and declared dead on arrival.

Locals who were witness to the accident said, “There was a black car that brushed the deceased’s bike, following which they collided with the divider. At the time of the accident, none of the boys was wearing a helmet. The automobile that hit them sped away from the spot and did not stick around.”

When The Asian Age spoke to Sachin Bayes, the police inspector working on the case, he said, “We have registered a case of rash driving under the Indian Penal Code against the unidentified driver and are probing the case. We are also checking closed-circuit television cameras installed in the vicinity to nab the driver.”