Five patients lost their eyesight; the surgeries were carried out a few weeks ago. 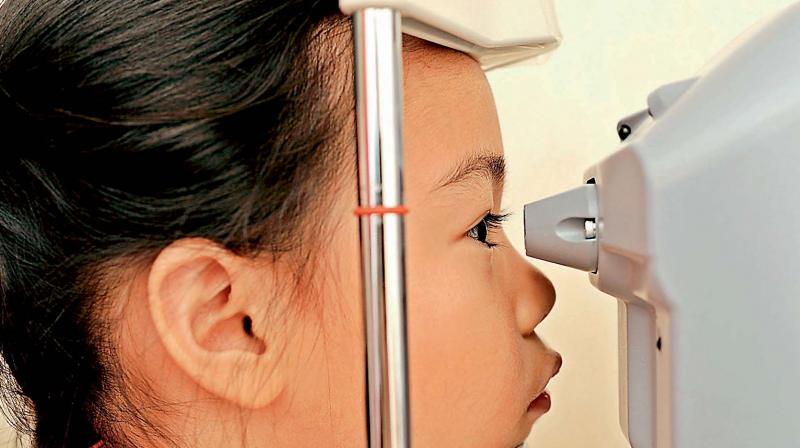 The infection was detected when the dressings were removed for examination.

Mumbai: A committee formed to inquire into the case where five patients lost their eyesight in a botched-up cataract surgery earlier this month at the civic-run Hindu Hrudaysamrat Balasaheb Thackeray Trauma Centre (HHBTTC), submitted its report Monday to the civic authorities.

The committee, chaired by the heads of the ophthalmology departments of civic-run Cooper and KEM Hospitals, in its report, claimed that an instrument used for cataract surgery was not autoclaved (sterilisation method that uses high pressure steam before surgery) before use.

The report stated that the equipment used for cataract surgery was not properly sterilised, which was the major cause of infection suspected to be the deadly pseudomonas aeruginosa bacteria (diseases caused by a bacterium with known conditions such as hot tub rash, red and itchy skin rash resulting from contaminated water).

Civic health officials demoted the medical superintendent, HHBTTC, Dr Harbhajan Singh Bawa, to senior medical officer and terminated the service of ophthalmologist Dr Arun Chaudhari who was serving there on an honourary basis.

A senior bureaucrat from the civic health department said, “We have demoted Dr Bawa and transferred him to our maternity hospital unit, after the committee report confirmed that the instruments used for cataract surgery were not autoclaved. We have also terminated the service of Dr Chaudhari.”

When asked about initiation of action for negligence in the surgeries, the bureaucrat said, “Now, state–run J.J hospital will probe the complete matter, form a committee and submit the report that will decide whether there was negligence or not.”

Five patients lost their eyesight; the surgeries were carried out a few weeks ago. The post-operative infection was spotted in the patients a day after the surgery. All were operated on the same day at the hospital’s newly built modular operation theatre. The infection was detected when the dressings were removed for examination.