Fadnavis was addressing the state executive committee meeting of the party in Jalna on Monday. 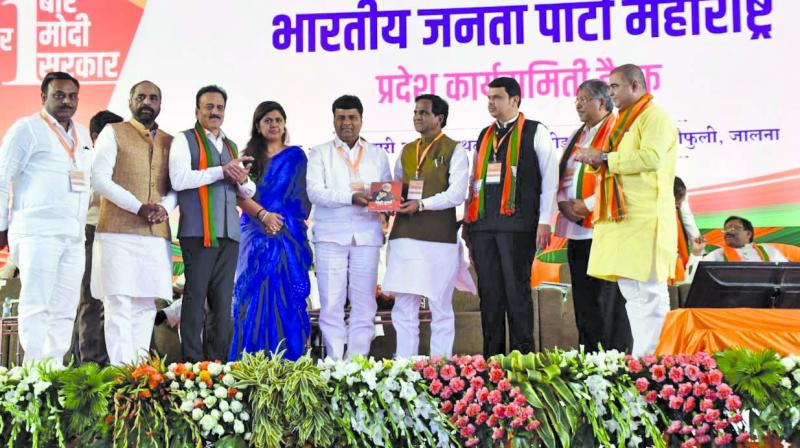 Mumbai: While the Shiv Sena is still non-committal towards forming an alliance for the forthcoming Lok Sabha polls, the Bharatiya Janata Party (BJP) has now invoked the Hindutva plank to persuade its ally. “Those who follow Hindutva will come together with us, others will not,” said chief minister Devendra Fadnavis.

“The BJP is not helpless to seek alliance. But we need the coalition to keep the Hindutva forces intact. We also want to keep together the forces against the corruption. Those who are anti-Hindu will not support us, but others will. We will march forward with those who will come together with us,” said Mr Fadnavis.

Mr Fadnavis was addressing the state executive committee meeting of the party in Jalna on Monday. His attempt to invoke the Hindutva plank is being seen as a desperate effort to urge Sena to form an alliance for the LS polls.

The Sena, which is the ally of BJP in both the governments at the Centre and the state, has so far turned a cold shoulder towards BJP’s pleas for fighting the LS polls together. “Our goal is not aimed at grabbing the power. But we want to serve Bharatmata amd Prime Minister Narendra Modi is fighting for people,” Mr Fadnavis added.