The Sena MP also alleged Somaiya had demanded that the Mulund dumping ground be shut down to benefit the developers. 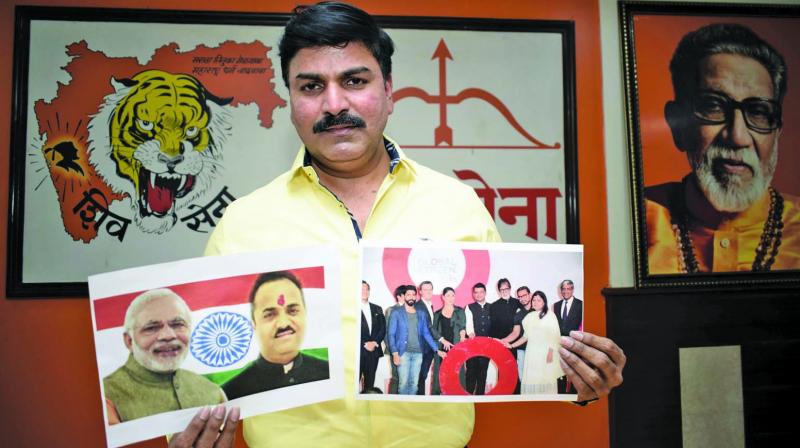 Mumbai: Shiv Sena MP Rahul Shewale has made a scathing attack on the Bharatiya Janata Party, saying that corruption has been reigning in 30 state government departments that are controlled by the Devendra Fadnavis-led party. Most corporators against whom the Anti-Corruption Bureau (ACB) has taken action belong to the BJP, he said.

After the alliance between Shiv Sena and the BJP in the Brihanmumbai Municipal Corporation (BMC) was severed, allegations and counter-allegations have already started doing the rounds. The head of the corporation is the municipal commissioner, and he is appointed by the chief minister. Before proposals are cleared in the standing committee, they are approved by the commissioner and the urban development department. “The entire system is headed by the CM. Hence he should make it clear who is responsible for the scams,” he told reporters on Saturday.

Referring to BJP MP Kirit Somaiya, who had made allegations against the Shiv Sena, claiming that the BMC is ruled by mafias, Mr Shewale said Mr Somaiya made allegations about a tanker mafia. But in his own constituency, he has written a letter for water to be supplied in the Shivaji Nagar area. Tankers worth Rs 150 are being sold at Rs 700-800 there.”

Mr Shewale added, “Mr Somaiya had demanded that the Mulund dumping ground be shut down to benefit the developers. In the road repair scams, the BMC withheld the money of the contractors against whom chargesheets had been filed. In a bid to help these contractors, the BJP MP is making allegations of a scam in road works. Mr Somaiya had also filed a PIL against the illegal constructions in Mithi river and Mahul village. But nobody knows what happened to them.” Terming the allegations levelled by Mr Somaiya baseless, Mr Shewale said, “If they have guts, they should take action against the mafia.”