Tarun Bharat said Sena had thrashed the alliance showing as if they were right all along and BJP was at fault. 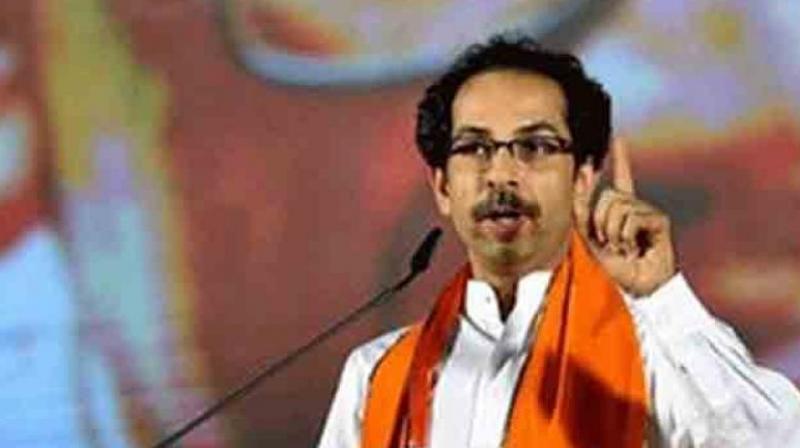 Nagpur/Mumbai: Party mouthpieces have become the new battleground for Sena and BJP. While the editorial piece in Shiv Sena’s mouthpiece, Saamana, attacked BJP and its leadership, Tarun Bharat, a right-leaning newspaper with links to RSS, reciprocated with a scathing article.

The piece in Saamana published on Saturday read: After being in alliance with the BJP for almost 25 years, Shiv Sena feels that it has wasted all those years by sticking with the saffron party for the sake of ‘Hindutva’. The Sena has accused BJP of being ardent on their secularism and will not hesitate to call our land leaders as “anti-nationals.”

Explaining the regret over long-term alliance with BJP, the edit further read, “Breaking up the alliance should have been initiated 25 years ago. For the first time in 25 years, the state is going to breathe some fresh air since the Hindutva factor is free from any alliances now.” The piece points out that the alliance was as good as dead during the 2014 Assembly elections, but they were together only for the sake of the interests of the state.

“The BJP had deceit in its heart, as they clearly misused polls to expand their base and forgot the interests of the voters. Although the BJP is going forward with the memorial for Chhatrapati Shivaji Maharaj, they are neglecting his ideals. Shivaji Maharaj never included politics with religion, and never just saw their own interests to save the seats,” the article remarked.

Coincidentally, an article published in Tarun Bharat, stated that Uddhav Thackeray had virtually begged for the post of Mayor in the upcoming elections and when not entertained, he broke the alliance in his speech at Goregaon. The article has also questioned the amount of development work carried out in the Sena-ruled-BMC.

They pointed out that the Sena had thrashed the alliance showing as if they were right all along and BJP was at fault. However, the piece claimed that the party was still basking in the glory of late Balasaheb Thackeray and in fact, exploiting the sentiments of its Sainiks.