During the repair process, bearings and expansion joints of the flyover will be changed. 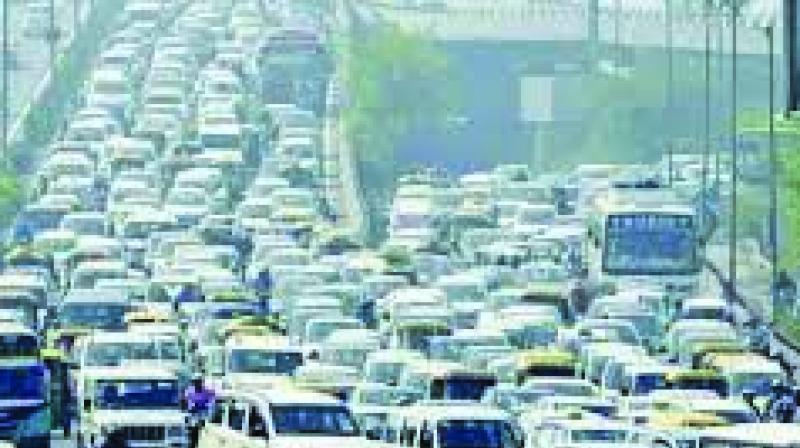 Initially, the repair were to begin in December.

Mumbai: Motorists will have to deal with traffic woes in the New Year, as repairs of the Sion flyover have been pushed further into January with the Mumbai traffic police asking the MSRDC (Maharashtra State and Road Development Corporation) to submit the repair plan to them. The repairs were to begin in the first week of December since the bearings of the flyover needed to be changed.

The repair works have been delayed for about a year now. Initially, they were scheduled to begin on December 1, however the traffic police did not give their nod as sudden closure of the route would cause traffic snarls. The police will give out the traffic diversion plan only after the methodology report is submitted. It is doubtful that the entire lane will be shut for repairs,” the official added.

During the repair process, bearings and expansion joints of the flyover will be changed. The Sion flyover has been in media reports in the past due to inferior quality of bearings where the commuters have pointed out worn-out bearings on it. Bearings are placed between the piers and bridge deck to allow controlled movement.