Mumbai Metro-5 to move through crowded areas of Thane

Officials suspect that nearly 1,000 people may have to be rehabilitated for executing the plan. 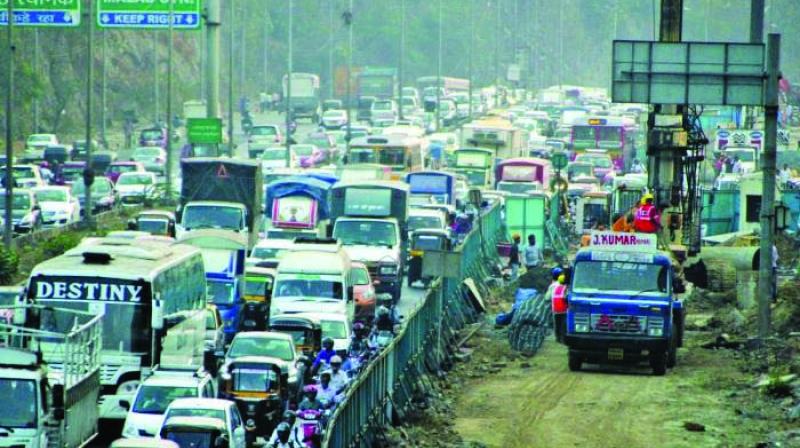 Mumbai: Taking a U-turn, the Mumbai Metropolitan Region Development Authority (MMRDA) has come back to the old route for Metro-5 (Thane-Bhiwandi-Kalyan). The Bhiwandi-Nizampur City Municipal Corporation had demanded that the metro should pass through the crowded areas of the Thane, Bhiwandi and Kalyan. A general body of the corporation had recently given a green signal to the route. Officials suspect that nearly 1,000 people may have to be rehabilitated for executing the plan.

“The survey work is in the process and the civic body will help in acquiring the land parcels. Around 1,000 may be rehabilitated for the line,” said Sanjay Yadav, joint metropolitan commissioner. Two routes were in discussion for Metro-5, the first route passes through congested parts of the city and the second route passes through its outskirts. Recently, after the line received the cabinet nod, the civic body interfered and demanded that the metro should pass through the congested parts to benefit more people.