As per the MBMC initiative, women drivers would predominantly serve women commuters. 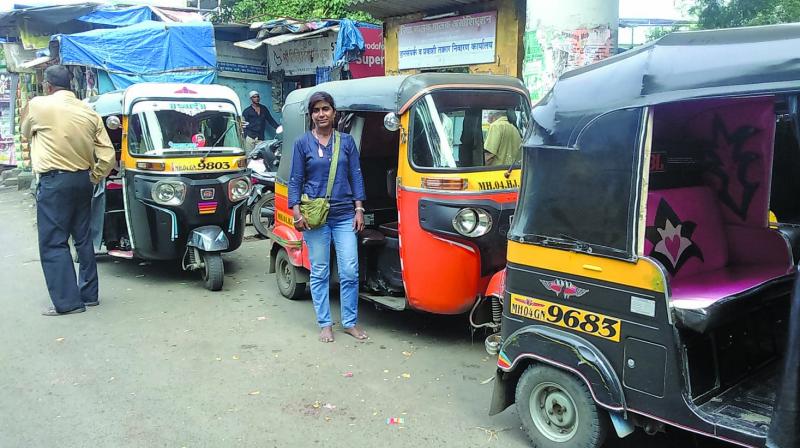 Under a similar scheme, the state had issued permits to 20 women to ply the special salmon-orange autos.

Mumbai: With an aim to transform the living standards of underprivileged women, the Mira Bhayandar Municipal Corporation (MBMC) has chalked out an elaborate plan of rolling out 100 pink autos in the twin-city for them.

However such autos are not new. Under a similar scheme, the state government had issued permits to 20 women to ply the special salmon-orange  (called Aboli in Marathi) autos earlier this year.

But apart from a few, most of the Aboli autos for women drivers are being reportedly misused by males who have changed the mandated colour to the standard yellow and black.

Not bothered to drive their autos even for a single shift, the permit holders have instead turned the women-oriented scheme into a lucrative business by renting out their vehicles to others, often at rates as high as Rs 1 lakh per year.

According to the MBMC mayor Dimple Mehta, the rickshaws driven by women would hit the roads on occasion of Women’s Day which is celebrated across the globe on March 8.

“This platform will give underprivileged women including single mothers, widows and financially insecure women an opportunity to be self-sufficient. Apart from funding auto-rickshaws for those fulfilling the eligibility criteria, we will also request the transport department to make it easier for women drivers to get their driver’s badge,” said Ms Mehta.

As per the MBMC initiative, women drivers would predominantly serve women commuters, although there is no bar on male passengers using these autos.