Security to be tightened ahead of ceremony. 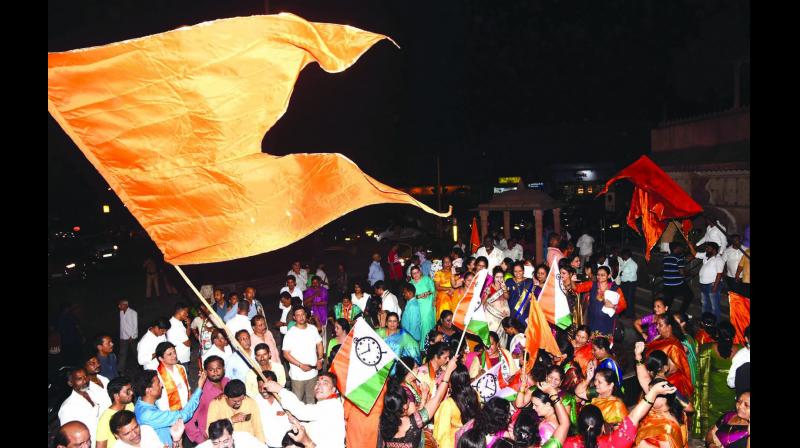 Mumbai: The iconic Shivaji Park was buzzing with activity ahead of the swearing-in ceremony of chief minister-designate Uddhav Thackeray on Thursday.

According to Public Works Department sources, nearly 50,000 people are expected to attend the event, while special seating arrangements will also be made for the families of 700-odd farmers. While the Sena sought chairs to accommodate 50,000 people, the governor office has approved setting up of 30,000 chairs.

Over 300 workers, officers and supervisors were on their toes to prepare for Thursday's swearing-in ceremony. Sena MP Vinayak Raut, who is also leader of the party in the Lok Sabha, was supervising the preparations. He said, “We are expecting 50,000 people for the ceremony. Family members of farmers who committed suicide are specially invited for the ceremony and there will be a separate seating arrangements for them.”

According to a PWD officer who was present at the spot, the stage will be 140 feet-long and 50 feet-wide. Nearly 300 invitees will be seated on the stage. These invitees, he said, will be divided into three groups. In the middle block, the chief minister and the governor will sit. VIPs will be seated in one block while newly elected MLAs will be accommodated in the remaining block.

“It will be a huge eye-catching stage and nearly 150 workers are working to build the stage,” said art director Nitin Desai, in-charge of designing the stage. The stage will be located in front of the Shivaji Maharaj statue on the ground, he added.

According to one police official, over 1,000 policemen and nearly 2,000 security personnel from other agencies will be on duty during the ceremony. He added that only VIP vehicles would be allowed to enter the iconic maidan on Thursday.