Parties are demanding that backward class commission report be tabled before Lower House. 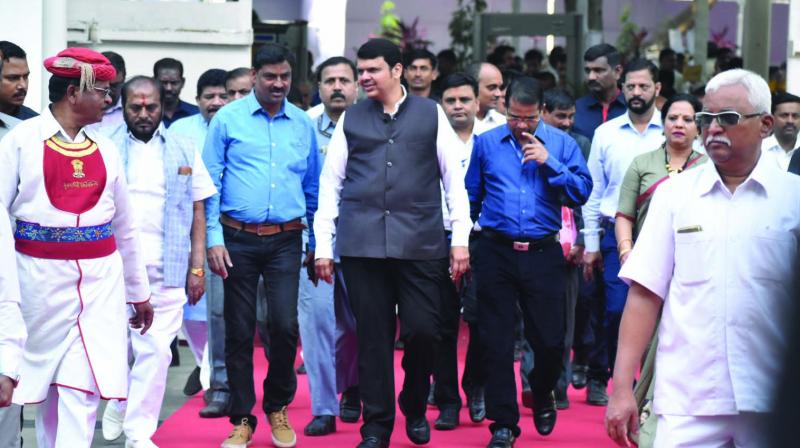 CM said that the government is committed to granting reservation to the Marathas. (Photo: Rajesh Jadhav)

Mumbai: Chief minister Devendra Fadnavis on Tuesday attacked the Opposition-Congress-Nationalist Congress Party (NCP), which is demanding that the Maharashtra State Backward Class Commission (SBCC) report be tabled before the Lower House. Mr Fadnavis said that the Opposition has ill intentions and wants to create animosity in society and spark conflict among castes.

Citing the rules, Mr Fadnavis said that the state government had appointed backward class commission as per the provisions in law. In Section 14, it is stated that annual report and ATR, on recommendations, should be placed before the House. This is the 52nd report of backward class commission and none of the previous 51 reports were placed before the House. He also questioned why the Opposition is demanding the report to be tabled.

While replying to the queries of the Opposition including NCP leader Chhagan Bhujabal, Mr Fadnavis, who appeared very aggressive, said that two per cent reservation has been given to Special Backward Classes (SBC) separately. Hence, there is 52 per cent reservation in the state, not 50.

Over Muslim reservation, he said, “You (the opposition) have not given reservation to Muslim community, but to the few castes of the community.”