The CBI in its charge-sheet has claimed that Lambu was an active member of a criminal conspiracy concerning this case. 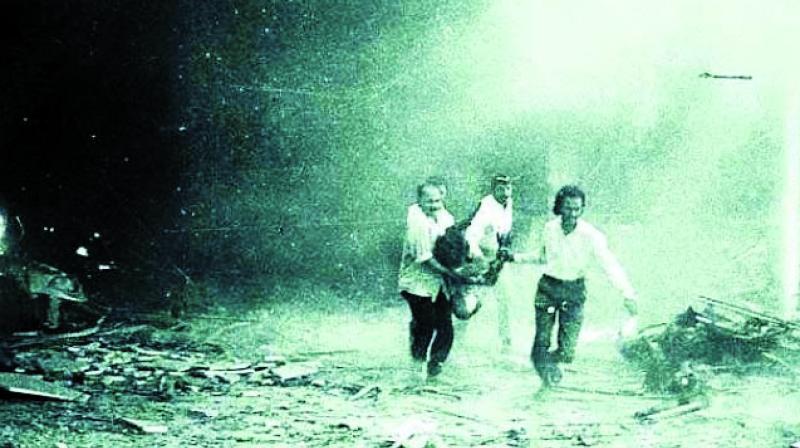 A file picture of the 1993 bomb blasts in Mumbai.

The central agency has also claimed that in pursuance of the said meeting, he underwent training in the handling of ar-ms, ammunition, throwing hand grenades, and making bombs. The char-ge-sheet has been subm-itted before the registrar of the sessions court, and will reach the designated Terrorist and Disruptive Activities (Prevention) Act court in due course.

“We have not received the copy of the charge-sh-eet so far,” said Lambu's lawyer, Farhana Shah.

The Gujarat Anti-Terro-rism Squad’s Ahmedabad unit on May 31 told the CBI that they had arrested an accused wanted in the 1993 blasts’ case. Foll-owing this, the investigating team on June 2 bro-ught Lambu to Mumbai on transit remand that was to end on June 4.