Man who drove on Andheri platform has high BP

The man was not being able to recognise his relatives and was behaving in an erratic manner. 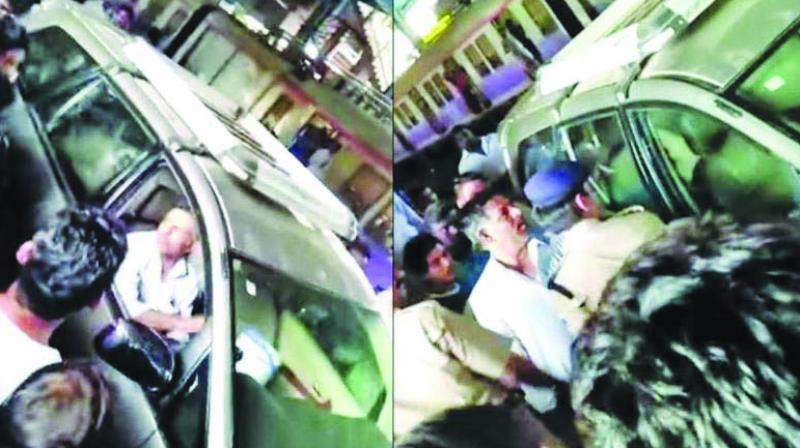 The video grab of the man driving onto the platform.

Mumbai: A 36-year-old man, who drove his Toyota Innova allegedly inadvertently on to platform number 6 of Andheri railway station on Friday, was admitted to the civic-run KEM Hospital on Saturday night due to internal bleeding in his brain.

The man, Rajesh Yadav, had been taken to Cooper Hospital for medical examinations after the Government Railway Police (GRP) arrested him for driving on to the platform and causing panic among commuters. Yadav is afflicted with high blood pressure. Doctors suspect that his medical condition could have contributed to the incident on Friday.

According to Dr Sandip Gore, a neurosurgeon at KEM Hospital, “Cooper Hospital referred the case to us. The man was not being able to recognise his relatives and was behaving in an erratic manner. The medical examinations conducted at Cooper revealed that he is suffering from high blood pressure and that there is some bleeding in his brain since Saturday evening.” Dr Gore added: “His blood pressure (BP) was high when he was admitted at Cooper, and his BP history might have the contributed to the incident.”

Deepak Devraj, DCP, GRP told The Asian Age on Sunday, “Yadav is the one who drove the car on to the platform. He works as a driver for a private company. He was returning after dropping his boss off at the airport. In his statement, Yadav has claimed that he was tired and could not find his way as the roads were too crowded.”