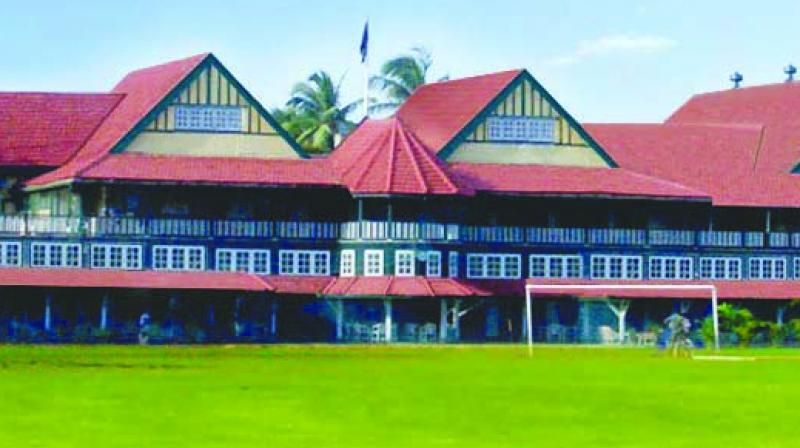 The Gymkhana will lose around 3,000 square metres of land to BMC.

Mumbai: In what could spell trouble for Bombay gymkhana, the Brihanmumbai Municipal Corporation (BMC) has paid Rs 1.82 lakh to the Mumbai collectorate last week, to acquire a portion of the gymkhana land for widening Hazarimal Somani Road. Meanwhile, Mumbai collector Ashwini Joshi forwarded BMC’s proposal of widening this road to the state government for other clearances.

Ms Joshi also visited the site on Friday, to confirm measurements of the gymkhana land which will be handed over to the civic body. The measurements were initially taken in a joint survey with the BMC and the collectorate in August. As per these measurements, the gymkhana is set to lose at least 3,000 square metres of its land, including a portion of the bungalow of Bombay gymkhana’s CEO.

A senior civic official said, “We want to fast forward the project of widening this road, as it is in the interest of commuters. We want to make Mumbai a pedestrian friendly city, and this is taking us one step closer to that.” Following this proposal, the BMC wrote to the Mumbai collectorate to hand over the gymkhana’s land.

In July this year, the BMC mooted a proposal to widen the Hazarimal Somani road, which connects CST to MG road, to 80 feet. This road sees an average of 10 lakh commuters daily, especially pedestrians. The BMC plans to widen the existing footpath by 30 feet and make a canopied pathway for pedestrians. This will eat up a major chunk of the gymkhana’s land, including a portion of its CEO’s heritage bungalow. This is also part of BMC’s plan to develop the CST area, as it has been selected as one of the iconic UNESCO world heritage sites to be cleaned up under the Swachch Bharat Abhiyan.

Despite several attempts to reach Darius Udwadia, the president of Bombay Gymkhana, he was unavailable for comment. The other side of Hazarimal Somani road is a private property, and the BMC would have to purchase the land at heavy rates. However, the gymkhana land actually belongs to the Mumbai collectorate, so the BMC will acquire it at a nominal fee of Rs 1 per square metre. Following this proposal, the BMC wrote to the Mumbai collectorate in August to hand over the gymkhana’s land.

The Gymkhana will lose around 3,000 sq m of land to BMC. The city collector has forwarded BMC’s proposal to widen Hazarimal Somani Road to the state.