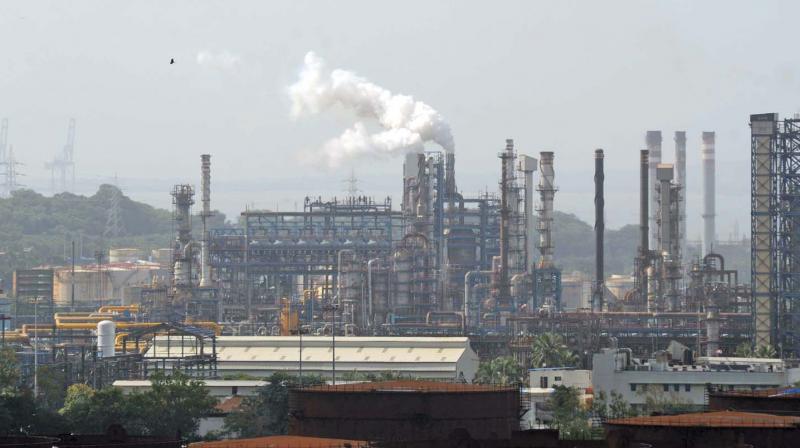 The MPCB was directed to deposit Rs 1 crore in the fund created with CPCB for environmental restoration by November 1.

Mumbai: Coming strong on the state pollution control board against the issue of excessive pollution in Mahul, the National Green Tribunal (NGT) has fined the Maharashtra Pollution Control Board (MPCB) to the tune of Rs 1 crore. The order came after the MPCB repeatedly failed to present its report of ambient air quality and fugitive/works zone monitoring for relevant period. The tribunal had also asked the pollution control board to assess presence of odour causing volatile organic compounds (VOCs) and other inorganic gases within three months.

The NGT was hearing the petition filed by the residents of Mahul over the pollution in the area with chemical factories and refineries in the vicinity. The residents have urged the state government to relocate the project-affected people that have been shifted in the rehabilitation buildings of Mahul due to constant incidents of air pollution from the industrial smoke.

The MPCB had earlier stated that the work of VOC is to be outsourced and monitoring is to be done by SGS India Limited, which is situated at Kolkata. The tribunal has expressed dismay over the outsourcing of experts for the procedure despite the presence of CPCB experts that have rich experience in odour monitoring. “Now a request is being made before us, specially for the reason that we had fixed a time frame within which, this process was to be completed, for extension of time. The PCB is seeking shelter under the order of July 17 for the purpose of showing that the outsourcing is being done because of the said order. This is nothing but a game of hide and seek being played by Maharashtra PCB at different times as per their convenience,” read the NGT order.

The tribunal directed the MPCB to deposit Rs 1 crore in the fund created with CPCB for environmental restoration by November 1. It further directed the member secretary of MPCB shall remain present before the principal bench.

“We have been urging the state government and the BMC (Brihanmumbai Municipal Corporation) to relocate us but to no avail. The air pollution is severely affecting our children’s health and tragedies like recent fire in BPCL in the vicinity have put our lives at risk,” said Anita Dhevale, resident of Mahul.

On  August 8, a major fire broke out at a unit of  Bharat Petroleum Corp. Ltd (BPCL) refinery in Mahul, which was followed by a blast from boilers and led to death of 45 workers.