Priyanka’s body was handed over to the family members after post-mortem. The police has not found Priyanka’s mobile phone. 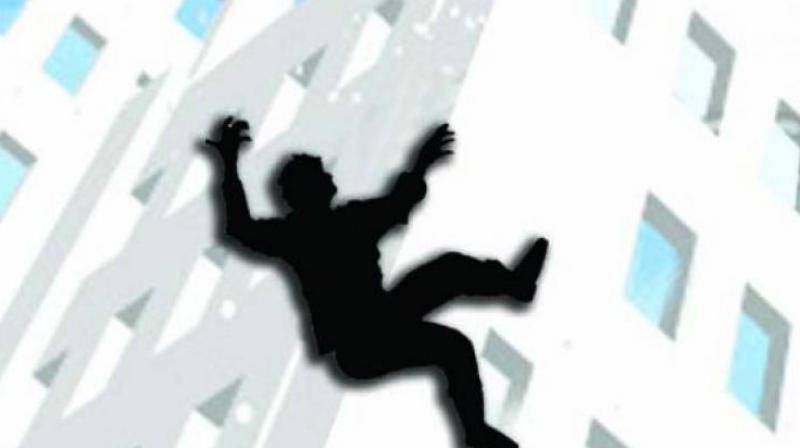 Mumbai: Body of a 16-year-old was found on the ninth floor lawns of Imperial Towers, India’s tallest building, early on Saturday. Accor-ding to the initial investigation, she committed suicide by jumping off her 23rd floor residence.

The girl identified as Priyanka Kothari, a resident of Imperial Tower in Tardeo, survived by her parents and a 6-year-old brother. The Tardeo police is still probing the  case, to ascertain whether the girl jumped to death or fell accidentally. They have registered a case of an  Accidental Death  Register (ADR).

Sanjay Surve, senior inspector, Tardeo police station, said, “The incident occurred at night, the body was discovered by the  building’s  watchman.  He alerted the building authorities and they  immediately called us.The girl was rushed to the civic-run Nair Hospital, where she was declared brought dead.”

The police officilas  said, below the lawn there is eight storey parking area. Albeit, the  body was spotted at 2 am, her identity was not known to the watchman.

“After sending the body to the hospital, we took the picture and our staff went to the building to establish her identity. We had to wake up several residents before we found that the girl stayed on 23rd floor,” said Mr Surve.

Priyanka’s father, who is into jewellery business, was out of station for work. Her mother, younger brother and a maid were at home when the incident took place, Mr Surve said.

According to the victim’s mother, the girl had gone to meet her friends at Pedder Road in south Mumbai and returned ho-me late, the official said.

Priyanka had returned home at 11.45 pm on Friday and one of the three maids, who stay with the Kotharis, opened the door.

Priyanka’s body was handed over to the family members after post-mortem. The police has not found Priyanka’s mobile phone.

“The exact motive behind the incident is not yet clear. We are examining the CCTV footage of the building. We did not find any suicide note from her home. Things will be clearer when we question her family members and friends,” Mr Surve said adding that police were yet to trace her mobile phone.