During the investigation, it was found that Khan sold the papers or distributed them to the students via Instagram, a social media mobile application. 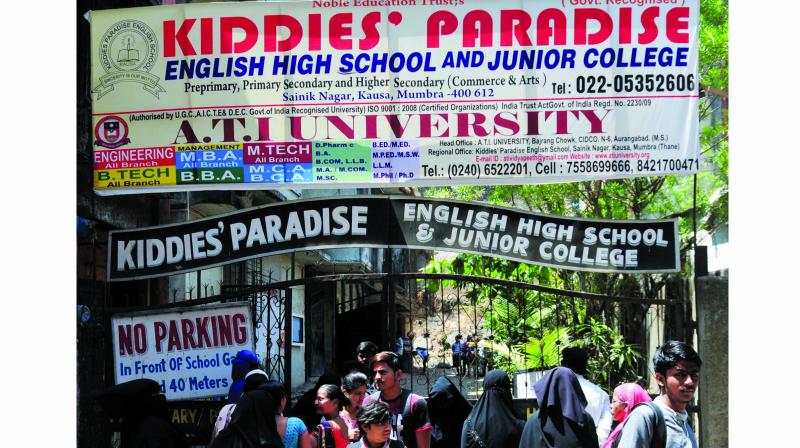 MUMBAI: The Mumbra-based Kiddies’ Paradise High School, which allegedly was the source of five SSC paper leaks that took place in the month of March, has been derecognised by the Maharashtra State Board of Secondary and Higher Secondary Education (MSBSHSE), Mumbai division on Monday.

The incident came to light when a student, during the exam was found with a copy of question paper in the mobile phone, which was allegedly sold to him by Feroz Khan, a Maths teacher of Kiddies’ Paradise. A case was registered at the Amboli Police station after which during the investigation it was found that the school was responsible because it allowed Khan to access the database of the question papers, which technically is against the board’s guidelines. Khan did not have a proper appointment letter or other valid documentation for it.

During the investigation, it was found that Khan sold the papers or distributed them to the students via Instagram, a social media mobile application. The students who bought them from him or accessed it through any medium are being debarred for three years. Subhash Bhorse, secretary of MSBSHSE, Mumbai division confirmed that the school is now being derecognised after enquiring and questioning the school principal, owner and other officials by the special four-member committee appointed by the board and the Amboli police station.

Adding to this Mr Bhorse even stated that the said school don’t have proper infrastructure, rooms, benches, drinking water and washroom facilities that are checked before allotting any school as an exam centre. However, no student or parent informed the board about it. “During police investigations all these things came to light because of which we removed it from the exam centre list too,” the official added.