Fifty per cent of the fines collected are being given to the civic body. 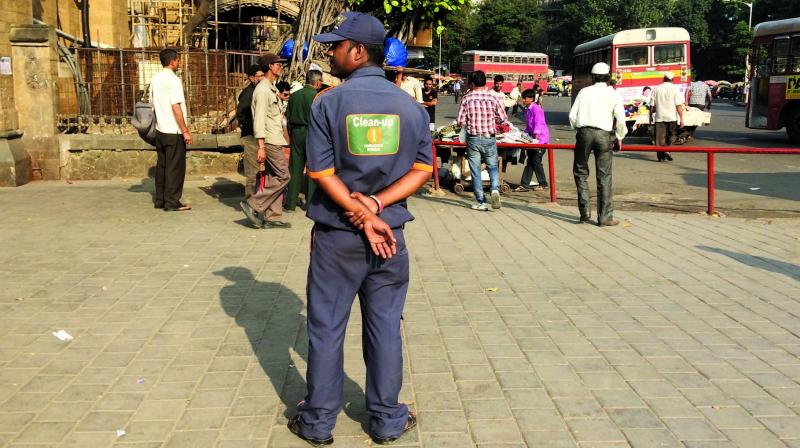 Mumbai: Despite receiving some flak, clean-up marshals have managed to contribute crores of rupees to Brihanmumbai Municipal Corporation’s coffers. In the last two years, they have collected fines of up to Rs 17 crore from more than eight lakh people for littering in public. In 2016, BMC had appointed 22 private security agencies in 24 administrative wards for a period of one year to implement cleanliness norms. Last year, they were given an extension of a year.

Clean-up marshals of the remaining 20 agencies were given the task of stopping people from littering in public and collecting fines in the range of Rs 100-1000 from them. Fifty per cent of the fines collected are being given to the civic body.

“The tenure of these private security agencies came to an end in July and August this year. New agencies will be appointed in the new year. Till then, the BMC has decided to give a four-month extension to these 20 agencies,” said a senior civic official.

But there have been allegations of extortion against some marshals. Civic activist Nikhil Desai said, “The BMC should not just look to make profits from the scheme. It should ensure the marshals are doing their jobs .”properly.”