The investigators revealed that the Tamil Nadu-based person was duped to the tune of Rs 23 lakh. 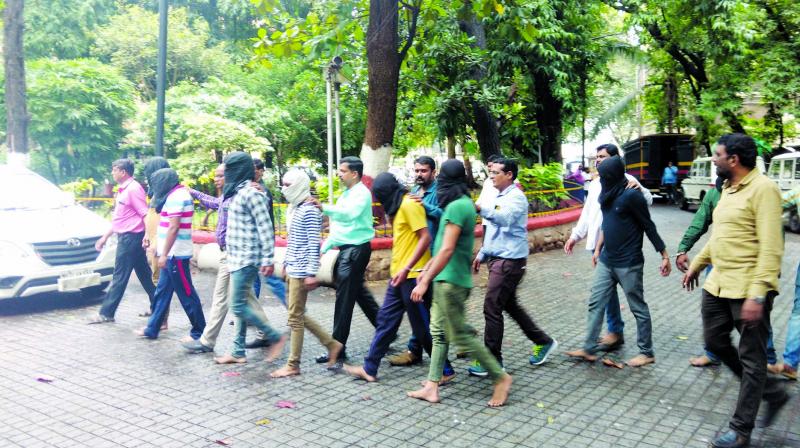 The accused in police custody.

Mumbai: A week after the raid at an illegal call centre in Noida that duped persons across the country by luring them with fake insurance policies, the Mumbai crime branch have identified at least five more victims in the city and a few others in Gujarat and Tamil Nadu. Crime branch’s unit 11 officials have seized several bank accounts that were used to handle the money from duped persons.

The investigators revealed that the Tamil Nadu-based person was duped to the tune of Rs 23 lakh, which is the highest amount till date in the investigation. However, he is unwilling to lodge a formal complaint due to personal reasons. “We scanned through the call records of the seized phones and found scores of unknown numbers,” said a crime branch officer.

“The concerned persons were contacted and that helped us find the victims. Five of them are from Mumbai and their statements are being recorded. We also contacted a few others from Gujarat and Tamil Nadu. However, they did not come for recording their statement,” he added.

Based on a complaint of a Malad resident who was duped to the tune of Rs 22 lakh, the crime branch team carried out the raid on August 18. The officials only had one mobile phone number that was put under surveillance and the accused was tracked holidaying in Goa.