Heavy showers for next two days in Mumbai: IMD

Apart from Mumbai, areas like Palghar and Thane are also expected to receive extremely heavy rainfall in the next 48 hours. 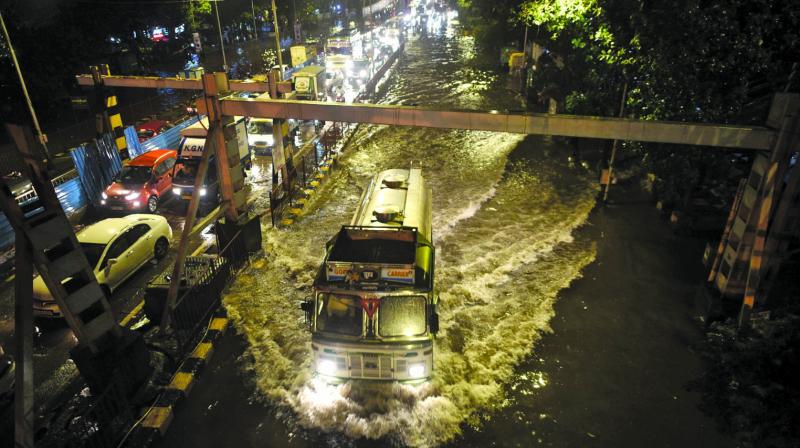 Apart from Mumbai, areas like Palghar and Thane are also expected to receive extremely heavy rainfall.

Mumbai: The Indian Meteorological Department (IMD) has stated that incessant rainfall is likely to continue across Mumbai for the next 48 hours. Extremely heavy rainfall at isolated places has been forecasted for July 28.

Over the last 24 hours since Friday, the IMD recorded 219.2 mm rains on Santacruz observatory, while Colaba observatory recorded 90mm rains.

Apart from Mumbai, areas like Palghar and Thane are also expected to receive extremely heavy rainfall in the next 48 hours.

“The intensity of rains in Mumbai region is likely to reduce on July 29. From then onwards, light to moderate rains are expected till July 31,” said an IMD official.

The IMD has also warned fishermen to not venture into the sea for the next two days. Strong winds with speed reaching 40-50 kmph gusting to 60 kmph is likely to prevail along and off Maharashtra coast during next 48 hours.

According to Skymet Weather, a trough is extending from south Gujarat to Coastal Karnataka. A cyclonic circulation is also persisting over south Gujarat that has also contributed for the surge in monsoon in Maharashtra.

While the Konkan region has been experiencing torrential rainfall, weathermen stated that from July 29 onwards, central Maharashtra would also see increased rainfall.