Plastic ban: Delivery cost of food to rise 25 per cent

Restaurants are suffering 30 per cent loss due to ban on one-time plastic items. 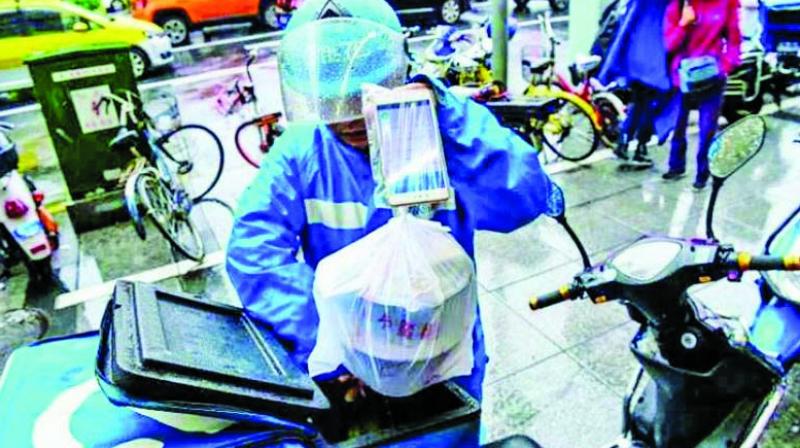 According to the officials of AHAR, nearly 40 per cent of their business depends on parcels.

Mumbai: Your food parcel from restaurants is going to be nearly 25 per cent costlier, as restaurant owners have said that customers will have to bear the cost of reusable containers for carrying the food. The restaurant industry is suffering 30 per cent loss due to ban on one-time plastic items whereas options other than plastic are not viable for carrying liquid food, they said. The ban came in force from last Saturday.

According to the officials of Indian Hotel and restaurant Association (AHAR), nearly 40 per cent of their business depends on parcels. While the reusable plastic containers cost more than the single use one, the food costs will rise depending on the size.

Santosh Shetty, the AHAR president, said, “The reusable and recycled containers are costlier and are affecting our business. Hence, the cost of parcelled food will rise and customers will have to bear it. There is a possibility that customers can be provided with a buyback option under which we would return the money for reusable containers if they send it back.”

The options offered for plastic containers are not feasible, they claimed. “There are cutlery and food containers made up of various biological material. But they are not useful for carrying liquid food due to the seepage problem,” said Vijay Shetty, vice president, AHAR.

The AHAR officials also alleged harassment at the hands of BMC officials saying that they are fining even reusable and recycled items.

“The state government’s circular had clearly said that only the single use materials are banned. However the BMC officers have visited the restaurants and fined them for using the reusable and recycled containers. These containers are not only used at home, but also hold a good scrap value, as they are recycled and used for making chairs etc,” said Santosh Shetty.