Nanar project will not go ahead, says Uddhav Thackeray

CM Fadnavis assured him that he will consider the issue and take appropriate decision, said sources. 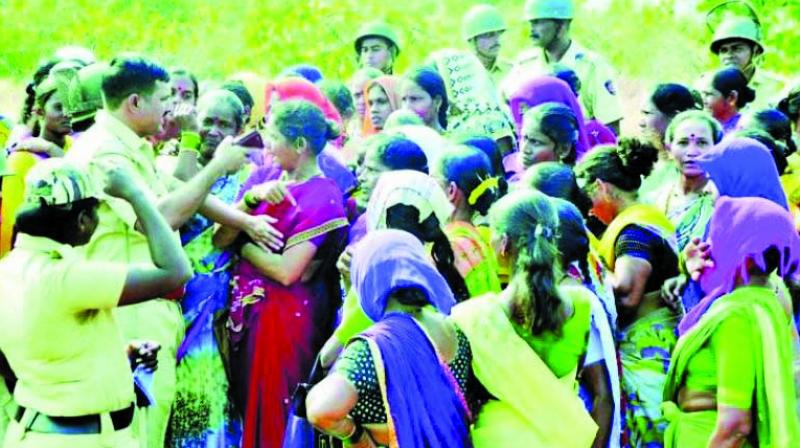 Villagers protesting against the Nanar refinery.

Mumbai: The Nanar green refinery project at Rajapur, Ratnagiri will not go ahead, Shiv Sena chief Uddhav Thackeray reiterated on Wednesday, days after a Memorandum of Understanding was signed by the Union petroleum minister Dharmendra Pradhan for its execution.

Shiv Sena ministers have taken aggressive stand in the cabinet over the project even as Mr Thackeray refused to meet Mr Pradhan on the issue, said sources.

Despite declaration of industry minister Subhash Desai and Mr Thackeray about cancellation of the Nanar project,  chief minister Devendra Fadnavis and Mr Pradhan went ahead with the project without giving any importance to Sena.

Ratnagiri refinery and petrochemicals Ltd and Aremco petrochemicals of United Arab Emirates which are installing the Nanar project signed an agreement in Delhi recently.

The Nanar project has become a political and prestige issue for Mr Thackeray as he had met Mr Fadnavis on the issue and declared in public meeting that project would be cancelled. Mr Thackeray had also raised Nanar issue in the meeting with Bharatiya Janata Party (BJP) president Amit Shah recently.

Meanwhile, BJP MP Narayan Rane has also been opposing the project. Though Mr Fadnavis cleared that he would not go ahead with the project if resident were opposing it, however, he has not given the nod for cancellation of land acquisition.

Meanwhile, transport minister Diwakar Raote raised the issue before Mr Fadnavis and asked that, “How Union government has signed the agreement without consultation with the state government and chief minister Fadnavis? Sena is firm on its stand and we will not allow the project to go ahead.”

Mr Fadnavis assured him that he will consider the issue and take appropriate decision, said sources.