The Railways and other government offices are also not strictly implementing the plastic ban even though action has been initiated against traders. 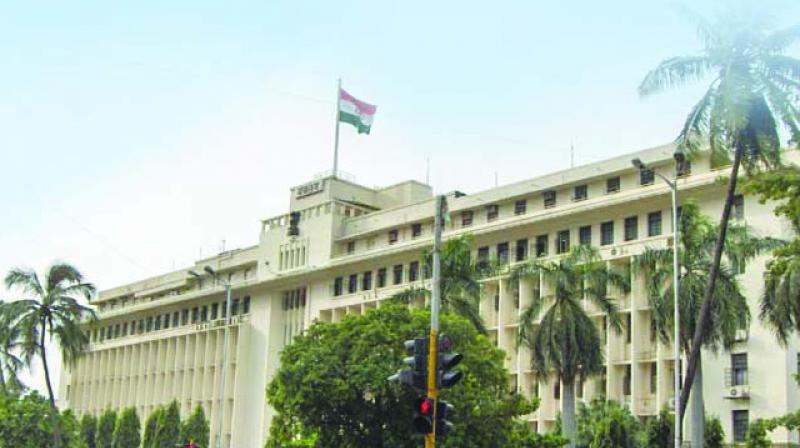 Mumbai: A ban on plastic has been imposed across the state, but plastic bags are still being used in the Mantralaya for dustbins and other purposes.

The Railways and other government offices are also not strictly implementing the plastic ban even though action has been initiated against traders.

Although the government is very keen on the implementation of the plastic ban across the state, Mantralaya employees have not yet implemented it. Dustbin plastic bags have been banned, yet they are being used daily in the Mantralaya.

The dustbins are placed outside the toilets on each floor, including outside the offices of CM Devendra Fadnavis, environment minister Ramdas Kadam and all ministers.

Cleaning and sweeping work has been given to a private company in Mantralaya. The sweepers say that they have not received any instructions on plastic usage.

Big plastic bags are being used in the offices of ministers and secretaries to store documents, files and other items.

Though plastic water bottles are allowed, they are in use on a large scale as chief minister Devendra Fadnavis, all ministers, secretaries and deputy secretaries prefer to provide water in bottles than in a glass to guests. Therefore, there is a heavy use of packaged water from the canteen, said sources.

Plastic bags are also being used at Chhatrapati Shivaji Terminus and at other railway stations and government offices. The ban is being imposed on common citizens and many traders have already been heavily fined. But government ministers, officials and others are have not implemented the ban yet.

Grocers can use bags now
Following the hue and cry over the plastic ban by retailers, Maharashtra environment minister Ramdas Kadam has relaxed the ban for general stores and grocery stores which sell loose products like oil, rice, sugar, etc in retail packaging on Wednesday.The minister stated that this will be effective from Thursday, 28th June. “Ban on the use of plastic bags given to customers and used by the public continues," said Ramdas Kadam, Maharashtra environment minister. He added that plastic and thermocol used by manufacturing companies, materials used in hospitals like saline bottles etc are exmpted from the ban.