The accused couple are in judicial custody and evidence has been sent for chemical and forensic analysis. 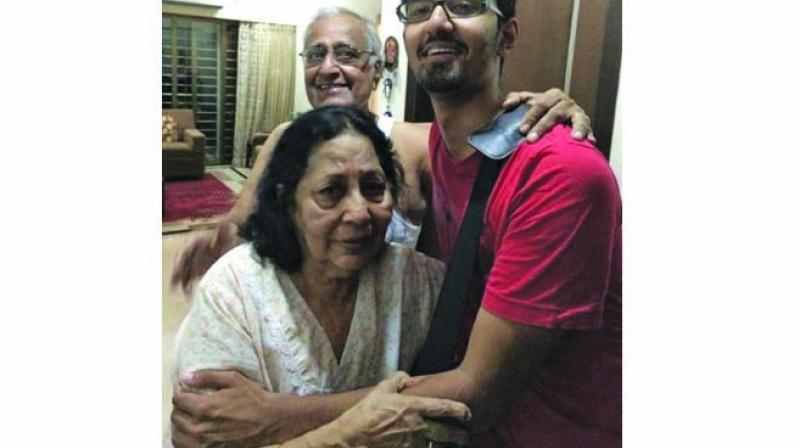 File picture of deceased elderly couple Nanak and Daya Makhijani with one of their sons.

Mumbai: The Khar police has revealed that the prime accused in the elderly double murder-robbery case, house help Parvati Khaka (20) was aware of her boyfriend and co-accused, Singhasan Mukut Ekka's (26) criminal background and it emboldened her to commit the murders with him. Khaka allegedly called him to the city specifically to target the couple and she believed that Singhasan would get away with the crime since he was out on bail after killing his live-in partner a year ago in Odisha.

The accused couple are in judicial custody and evidence has been sent for chemical and forensic analysis.  Police officials said that Khaka tried to take advantage of the fact that her boyfriend was a murder accused and knew how to hatch a plan of robbery and murder. A senior police officer investigating the case said on condition of anonymity that Khaka was either brainwashed or influenced by Singhasan’s background. However, the two accused were in a hurry to kill, rob and flee, and left evidence at the crime scene.

Sanjay More, senior police officer of Khar police station, said, “We have sent evidences for chemical analysis, and are awaiting the report.” He added, “During the investigation, Khaka was trying to shield her boyfriend and took the entire blame upon herself. However considering the level of crime, it is hard to believe that she did it all by herself.”

On Friday, Khar police arrested Parvati Khaka and her boyfriend Singhasan Mukutekka, who was a suspended Odisha cop— for murdering and robbing Nanak Makhijani (85) and wife Daya.